3 Best Live Performances Of Eddie And Wolfgang Van Halen Together 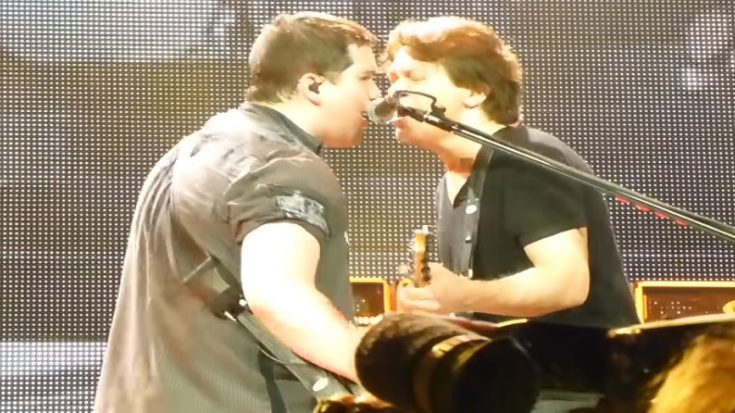 The duo of Eddie and Wolfgang Van Halen will forever remain an iconic father-son partnership fueled with their desires to play the guitar according to their rules. Wolfgang, clearly a seed from the wonders of his father’s talent, has proven that not only he has a great relationship with his father, he could also face him in these three epic live performances.

The Van Halens at the Honda Center

It is a known fact that Eddie Van Halen loves to perform with Wolfgang on stage, and their chemistry from this performance of “Everybody Wants Some” is worth the watch! Wolfgang really knows how to cooperate with his father’s unique style of playing.

Though the reunion tour from the Van Halen band wasn’t as flashy as someone would expect, the tour, however, brought some of the best father-son “316” guitar showdowns courtesy of the Van Halens. A father’s kiss on his son’s forehead indicated that his admiration for Wolfgang is also joined by how well Wolfgang does to impress his father’s playing. And he did it in pure justice.

The Van Halens at Cox Arena

A memorable moment from the guitar duo was their performance of the song “Runnin’ With the Devil” in Cox Arena that gave chills straight to the bone. We sure know where Wolfgang got his amazing riffs from, it runs in the blood!