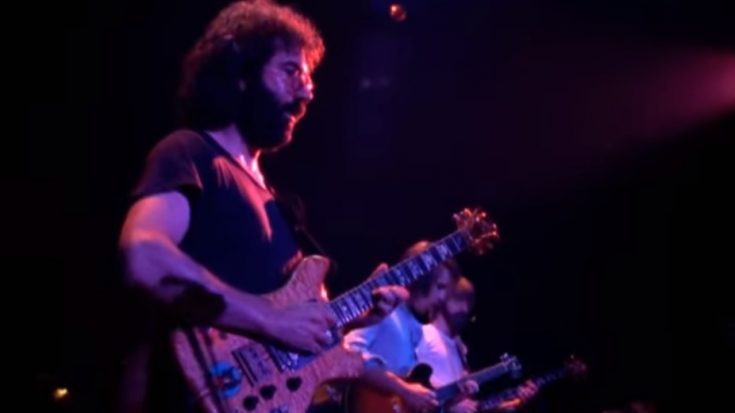 One of the leading pioneers of psychedelia, the Grateful Dead never really played a set hand of cards. The band always juggled between influences such as the blues and folk, always varying their attack to lead listeners but never really allowing them to settle down. And rightfully so, as Deadheads know for sure how addictive the band’s craft was, pretty much like the substances that inspired the sound itself. With that, here are some of the best cuts from all over the Dead’s career.

Frantic and with frilly psychedelic overtones, “That’s It For The Other One” slowly disintegrates into random bites of sound that is reminiscent of the Beatles’ “Strawberry Fields Forever.”

Slow and tempered, “Morning Dew” is a perfect transition from their debut album’s first side, ending with “Cream Puff War”. The track is laidback and mostly bare, but it perfectly complements Jerry Garcia’s evocative vocals perfectly.

Hailing from the legendary 1969 album of the Dead, “China Cut Sunflower” is driven by a groovy bass with almost clean guitars the mix, giving it a whimsical quality all over. Nothing too demanding, just the band enjoying the jam in its entirety.

Slow, chugging acoustic blues drive the progression for Workingman’s Dead’s “Black Peter”. The light arrangement is greatly enhanced by the vocal harmonies, of which the Dead borrowed from the folk icons CSNY.

“Dupree’s Diamond Blues” carries a country-folk sound accented by a honky-tonk quality and playful vocal delivery. This gives it an almost-cartoonish whimsicality that injects life into Aoxomoxoa’s ranks.

One of the Dead’s most sublime cuts, “Weather Report Suite” is full of tension in the arrangement, which indulgently resolves into some of the most melodic sections offered by the band. Even the subtleties in the mix enhance the whole listening experience.

It’s lovely how the Dead made “Till The Morning Comes” with seamless, unexpected irregular time shifts in the whole song. It deceptively maneuvers your judgment with the upbeat verses and suddenly jolts you back to reality with sudden shifts.

Coming from the 1975 album Blues for Allah, “Crazy Fingers” almost dives into a reggae vibe with its vibrant instrumentation, especially the keys and percussions. Hypnotic and sleepy, the track is one of their more underrated cuts.

From 1974’s From The Mars Hotel, “China Doll” sounds like a Wild West theme if it weren’t so…wild. Somber and solemn, the song gives off a feeling of foreboding and uneasiness.

From the band’s double LP release of 1976 comes the track “Sugaree”. Its sheer simplicity doesn’t limit its sonic effectiveness as it lures the listener into its lulling gait before hitting hard with a sizeable swell.

“Bertha” comes from the double album of the Dead in 1971, and tackles a broken romance in a mocking tone with the lyrics. This is accompanied by a fluid, lengthy jam that fits well into the band’s live set.

Just like most of the songs in the Dead’s arsenal, 1974’s “Scarlet Begonias” is loosely arranged to fit the band’s penchant for live improvisation. Paced well, the song leans more into the pop side with psychedelic inflections.

Written by Robert Hunter and Bob Weir, “Sugar Magnolia” puts the fun in the sun with its summer vibe, the feel-good arrangement making it an instant hit with the crowd upon release.

Nothing screams hippy more than “Ripple” from 1970’s American Beauty. Crafted due to Hunter imbibing too much alcohol, the song looks towards Christianity’s holy book for inspiration and speaks peace in the hippie tongue.

The Dead were known to hide alarmingly heavy themes in catchy music, “Fire On The Mountain” being no exception to this rule. It takes disco influences in its vibrant arrangement to deliver the lyrical desperation with such ease.

A testament of the Dead reaching their songwriting zenith, “Uncle John’s Band” is strong and in-your-face with its melodic runs even while being executed by a bare acoustic setting. CSN was an obvious influence for the vocal harmonies, pulling it off like it was second nature.

Exploring the battered theme of making a deal with the devil, The Dead stray from their pop-friendly image to deliver “Friend of The Devil”. Adorned by an acoustic layout, the song eventually ends in the devil screwing him up in the end.

“Truckin'” was heavy in the sense that it was written by all of the band’s main writers, all focusing to deliver their experience on the road in the form of a song. Spacious and tinny in nature, “Truckin'” eventually made its way to become a national treasure thanks to the Library of Congress.

“Casey Jones” owes its universal appeal thanks to its inspiration by the actual train engineer of the same name. Though the controversial portrayal of the man through the lyrics brought fact-checkers to swarm it, it became one of the Dead’s most beloved cuts.

When the Dead ventured into pop territory, the industry knew it was game over. “Touch Of Grey” became the band’s dark horse as it hit mainstream charts without missing a beat, combining satire with a contrasting sense in its lyrics.