20 Great Classic Rock Songs Not Sung By The Main Singer 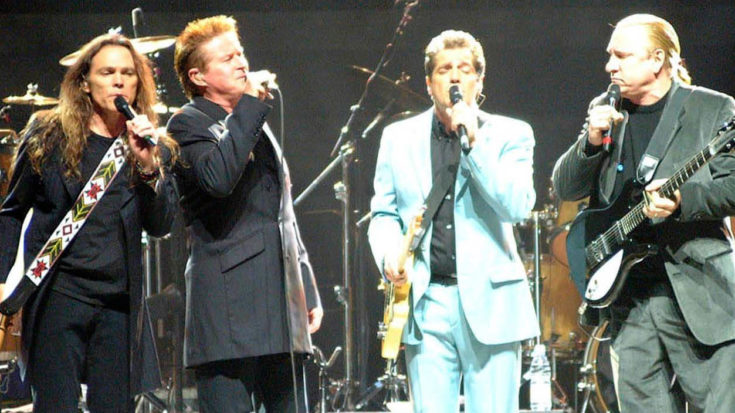 This may seem a bit of an unfair notion, but one could always associate a certain band to their lead vocalist/s. But not this time though; with these 20 classic rock songs presented below, it’s mere proof that the other members of the group are so much more than what they are given credit for. After all, it ain’t a band without them.

Black Sabbath collaborated with Dave Walker (Savoy Brown, Fleetwood Mac) for a short time before Ozzy Osbourne came back from his initial exit. Osbourne didn’t want to lend his vocals with any of Walker’s songs, so drummer Bill Ward ended up singing “Swinging the Chain.”

Canned Heat – “Going Up the Country”

This Top 11 Canned Heat song is best remembered for the lead vocals of Alan Wilson rather than Bob Hite.

After frontman Jim Morrison’s death, The Doors were left to pick up the pieces, prompting Ray Manzarek and Robby Krieger to split the vocal responsibilities. But even before that, Krieger had already known what it’s like to sing vocals from the band’s “Runnin Blue.”

Eagles – “Take It to the Limit”

Instead of the usual Glenn Frey, it was sung by Randy Meisner first, until Frey assumed the vocals to live performances for this one.

As Rod Stewart’s fame rose as a soloist, Faces relied more on the other members for their songs, including this wonderful track “Ooh La La” by Ronnie Wood.

“Starrider” features Mick Jones on vocals, and the song was written by both Jones and Al Greenwood.

Frank Zappa didn’t try to outshine his buddy Don Van Vliet and even let him sing the lead vocals of “Willie the Pimp” inside Zappa’s instrumental album Hot Rats.

Grand Funk Railroad’s first no. 1 single is sung by Dan Brewer and not Mark Farner. Coincidentally, the song topped the charts on the same day as Farner’s birthday.

No sign of Axl Rose’s voice here, as guitarist Izzy Stradlin took over the main vocal duties for “14 Years” before leaving the band.

Nancy Wilson’s first-ever song to sing as the lead other than her sister Ann, Heart’s “These Dreams” scored the top spot on the charts.

Bassist Noel Redding of the Jimi Hendrix Experience went all the way and sang the lead vocals of this self-penned track. He also sang “Little Miss Strange” and “Electric Ladyland.”

The Kinks functioned mostly with Ray Davies on lead vocals and sometimes, with Ray Davies. But for “Willesden Green,” John Dalton took over the duties with a subtle Elvis Presley impression.

Kiss’s power ballad became so much better with Peter Criss’s vocals to start with, instead of the usual Gene Simmons or Paul Stanley.

Inspired from the birth of his son with then-wife Pamela Anderson, Tommy Lee wrote and sung the lead for Motley Crue’s “Brandon.”

Fans were pretty much saying that this was Lemmy’s band until Eddie Clarke broke the ice and sung “Step Down.” Lemmy got tired of hearing Clarke’s complaints about the former’s dominance to the group, that he’d let him sing a song instead.

It’s quite obvious for Queen members to let Freddie Mercury sing the vocals to all their songs, but sometimes, others have also taken shots on singing lead. One clear example is this Brian May song “39” for their A Night at the Opera album.

The Rolling Stones – “In Another Land”

Stones’ bassist Bill Wyman went to work one day only to find out that the sessions for Their Satanic Majesties Request have been called off. He wasn’t bothered though, and instead took over Mick Jagger’s duties as a singer for “In Another Land.”

Pink Floyd – “Have A Cigar”

Pink Floyd had always been known to have fantastic singer-songwriters inside the group. Yet, for this time, they let English folksinger Roy Harper sing the vocals for their song, “Have A Cigar.”