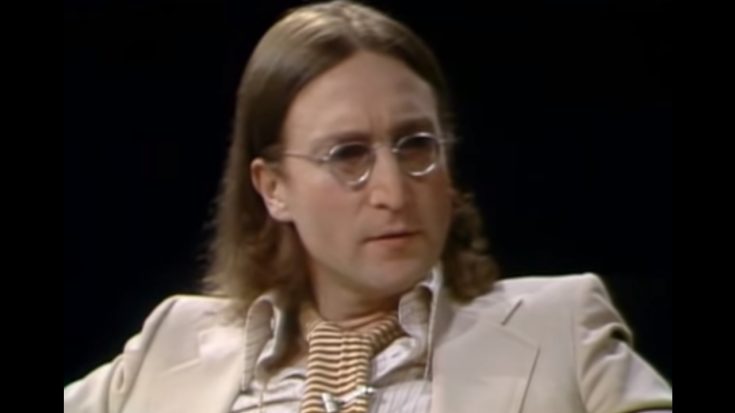 It’ll be a historic moment in the name of rock if the two titans of music history: John Lennon and Eric Clapton would form their supergroup.

Since the moment Eric Clapton joined The Beatles for a session on the George Harrison-penned track “While My Guitar Gently Weeps,” John Lennon was awestruck. Now becoming acquainted with one another, it won’t be the only time that Lennon would admire the talented guitarist on his skills. At some point, when Harrison temporarily left the band due to differences, Lennon would bring up Clapton’s name to the group, seemingly wanting to replace the departed member.

“I think if George doesn’t come back by Monday or Tuesday, we ask Eric Clapton to play,” Lennon said to director Michael Lindsay-Hogg. It didn’t happen, of course. But the idea of Lennon going out and produce music with Clapton had ingrained in his mind from then on.

But one possible scenario where Lennon might’ve gotten the idea of a supergroup was during the one-off performance in Toronto of the Plastic Ono Band with Clapton. Performing the classic “Don’t Worry Kyoko,” Lennon, Yoko Ono, and Clapton shared the stage with different things to offer but ended up in a swirling perfection.

The letter presented below was written by John and by Yoko as well, addressing Clapton. Whatever Clapton might’ve felt upon reading the invitation, we’ll never know. But at least we are blessed with the idea about the would-be wonderful collaboration of Lennon and Clapton for the world.

I’ve been meaning to write or call you for a few weeks now. I think maybe writing will give you and yours more time to think.

You must know by now that Yoko and I rate your music and yourself very highly, always have. You also know the kind of music we’ve been making and hope to make. Anyway, the point is, after missing the Bangla-Desh concert, we began to feel more and more like going on the road, but not the way I used to with the Beatles—night after night of torture. We mean to enjoy ourselves, take it easy, and maybe even see some of the places we go to! We have many ‘revolutionary’ ideas for presenting shows that completely involve the audience—not just as ‘Superstars’ up there—blessing the people—but that’s another letter really.

I’ll get more to the point. We’ve asked Klaus [Voormann], Jim Keltner, Nicky Hopkins — Phil Spector even! to form a ‘nucleus’ group (Plastic Ono Band)—and between us all would decide what—if any—augmentation to the group we’d like—e.g. saxs, vocal group, they all agreed so far—and of course we had YOU!!! in mind as soon as we decided.

In the past when Nicky was working around (Stones, etc.) bringing your girl/woman/wife was frowned on—with us it’s the opposite, Nicky’s missus—will also come with us—on stage if she wants (Yoko has ideas for her!)—or backstage. Our uppermost concern is to have a happy group in body and mind. Nobody will be asked to do anything that they don’t want to, no-one will be held to any contract of any sort—(unless they wanted to, of course!).

Back to music. I’ve/we’ve long admired your music—and always kept an eye open to see what you’ve been up to lately. I really feel I/we can bring out the best in you—(same kind of security, financial or otherwise will help) but the main thing is the music. I consider Klaus, Jim, Nicky, Phil, Yoko, and you could make the kind of sound that could bring back the Balls in rock ‘n’ roll.

Both of us have been thru the same kind of shit/pain that I know you’ve had—and I know we could help each other in that area—but mainly Eric—I know I can bring out something great—in fact greater in you that had been so far evident in your music, I hope to bring out the same kind of greatness in all of us—which I know will happen if/when we get together. I’m not trying to pressure you in any way and would quite understand if you decide against joining us, we would still love and respect you. We’re not asking you for your ‘name,’ I’m sure you know this—it’s your mind we want!

Yoko and I are not interested in earning bread from public appearances, but neither do we expect the rest of the band (who mostly have families) to work for free—they/you must all be happy money wise as well—otherwise what’s the use for them to join us. We don’t ask you/them to ratify everything we believe politically—but we’re certainly interested in “revolutionizing” the world thru music, we’d love to ‘do’ Russia, China, Hungary, Poland, etc.

A friend of ours just got back from Moscow, and the kids over there are really hip—they have all the latest sounds on tape from giant radios they have. ‘Don’t come without your guitar’ was the message they sent there are millions of people in the East—who needed to be exposed to our kind of freedom/music. We can change the world—and have a ball at the same time.

We don’t want to work under such pressure we feel dead on stage or have to pep ourselves up to live, maybe we could do 2 shows a week even, tentatively (nothing definite) goes like this:

I know we have to rehearse sometimes or other, I’m sick of going on and jamming every live session. I’ve also always wanted to go across the Pacific from the U.S. thru all those beautiful islands—across to Australia, New Zealand, Japan,–wherever, you know—Tahiti—Tonga—etc, so I came up with this.

How about a kind of ‘Easy Rider’ at sea. I mean we get EMI or some film co., to finance a big ship with 30 people aboard (including crew)—we take 8 track recording equipment with us (mine probably) movie equipment—and we rehearse on the way over—record if we want, play anywhere we fancy— say we film from L.A. to Tahiti, we stop there if we want—maybe have the film developed there—stay a week or as long as we want—collect the film (of course) we’ll probably film wherever we stop (if we want) and edit it on board etc. (Having just finished a movie we made around our albums ‘Imagine’ & ‘Fly’—it’s a beautiful surreal film, very surreal, all music, only about two words spoken in the whole thing! We know we are ready to make a major movie). Anyway it’s just a thought, we’d always stay as near to land as possible, and of course, we’d take doctors etc, in case of any kind of bother. We’d always be able to get to a place where someone could fly off if they’ve had enough. The whole trip could take 3-4-5-6 months, depending how we all felt—all families, children whatever are welcome etc. Please don’t think you have to go alone with the boat trip, to be in the band. I just wanted to let you know everything we’ve been talking about. (I thought we’d really be ready to hit the road after such a healthy restful rehearsal.)

Anyway, there it is, if you want to talk more please call us, or even come over here to N. York. We’re at the St. Regis, here til Nov. 30 at least (753-4500- ext/room 1701) all expenses paid of course! Or write. At least think about it, please don’t be frightened, I understand paranoia, only too well, I think it could only do good for you, to work with people who love and respect you, and that’s from all of us.

Lots of love to you both from, John & Yoko.”