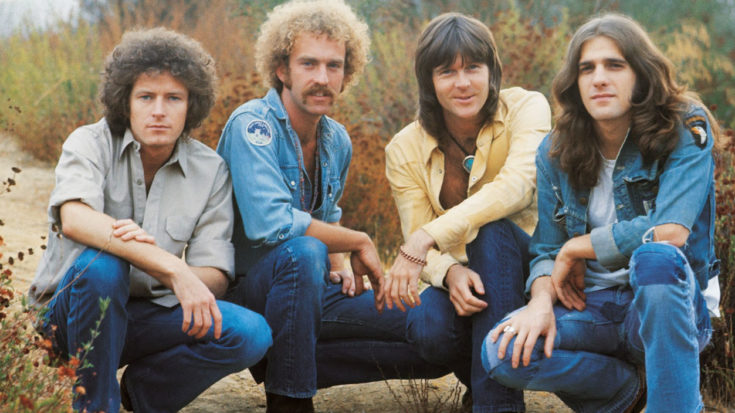 Eagles, one of the greatest bands in the music industry, made waves as the band that shaped the genre of California country rock. The irony of it is in the members, who created an authentic Californian tune even though they weren’t Californian themselves. They will forever be associated with that distinct sound, creating worldwide hits such as “Hotel California,” “Life in a Fast Lane,” “Desperado,” and many more out of it. Below, we’ve presented these 20 Eagles songs that truly captured that California country-rock feels.

This Christmas song is originally sung by blues singer Charles Brown and in 1978, the Eagles decided to create their version which was then released as a single. It’s the first song to feature Timothy B. Schmit on bass, who replaced Randy Meisner.

This remarkable single is a fan favorite and a classic staple to any of the band’s concerts.

This lovely song was said to be inspired by Don Henley’s breakup with his girlfriend. This was also the first Eagles’ hit to top the charts in the US.

This soulful song penned by the duo Glenn Frey and Don Henley is the band’s response after stumbling an article that mentioned how Eagles remained “out of date” in comparison to all the emerging disco and punk bands. It reflects the band’s love of soul music.

This Grammy-awarded hit is an ensemble of creative vocals and magnificent guitar frets that only Eagles could do.

After gaining an idea to write a song about a popular cocktail in the 70s, Henley and Frey collaborated on what turned out to be one of the unforgettable songs in the album Desperado. Frey labeled tequila as a “shot of courage,” thus forming the gist of the song.

“Wasted Time” was born from Henley and Frey’s attempt to create a Philly-soul torch song. This emotional masterpiece is among the songs that defined the power of the Eagles’ touch to heartbreaking gems.

Schmit got lucky in providing one of the well-known Eagles’ songs that are loosely based on his life. Upon hearing the finished record, Don Henley approached the singer and said, “There’s your first hit.”

Speaking about his admiration for “The Last Resort” to Rolling Stone, Henley said: “I care more about the environment than about writing songs about drugs or love affairs or excesses of any kind. The gist of the song was that when we find something good, we destroy it by our presence.” The song served as a lesson on politics and the rich and how they play dirty by destroying the Earth.

When Frey and Henley visited their favorite restaurant in LA, they saw a lot of beautiful women, and started to wonder how many of those are cheating on their “fat husbands.” That’s exactly the main point of the song.

Jack Tempchin, a friend of Glenn Frey, wrote the song for the band to perform. Tempchin was inspired to write songs from every pretty girl he happened to see that time, and when he presented it to Eagles, they loved it so much and included it in their debut album.

At this point in their careers, Frey and Henley have only just begun realizing the potential of their songwriting partnership, with “Desperado” helping them realize that. It was supposed to have a “southern gothic” feeling, but the two decided to jump on the western theme.

The song’s origin story is very rock indeed. Frey was sitting side by side with a drug dealer, who was driving to at least 90 miles per hour. The singer told him to slow it down, but he replied, “it’s life in the fast lane!” The rest is history.

The song that shared the same name as the band’s 1975 album was said to be the “breakthrough” song that erased the reputation of the band as a ballad band. Due to Don Felder’s presence in the Eagles, the band created an edgier sound with no fears to experiment with whatsoever.

Frey was confident to say that “Take It Easy” was the beginning of country rock, an assumption that many agreed. He co-wrote this gem when he was still a struggling musician making ends meet with Jackson Browne. Browne also recorded the song in 1973 although it failed to chart.

Henley describes the song as the “fleeting, fickle nature of love and romance.” J.D. Souther, who co-wrote the song along with Henley and Frey, debunked the rumor that the song was about Bruce Springsteen, who was also starting to rise as an artist.

“It marked the beginning of my professional songwriting career,” Frey recalled his thoughts about the song “Witchy Woman.” Linda Ronstadt, who became the bridge to the formation of Eagles, liked the song the moment she first heard it.

Randy Meisner wrote the song with the helped of Frey and Henley. He also sang the lead for this one which became so popular to many concertgoers, a blessing for the band and a curse for Meisner, who hated the fact that he had to sing the high notes. It’s among the reasons why he left the band afterward.

And the magnum opus of all the magnum opus, Eagles’ “Hotel California” truly is the song that embossed them in the annals of the music industry. In today’s setting, the song is still a massive hit, and indeed the one song that set the standards high for the band.