20 Classic Rock Songs That Will Scare You To Your Grave 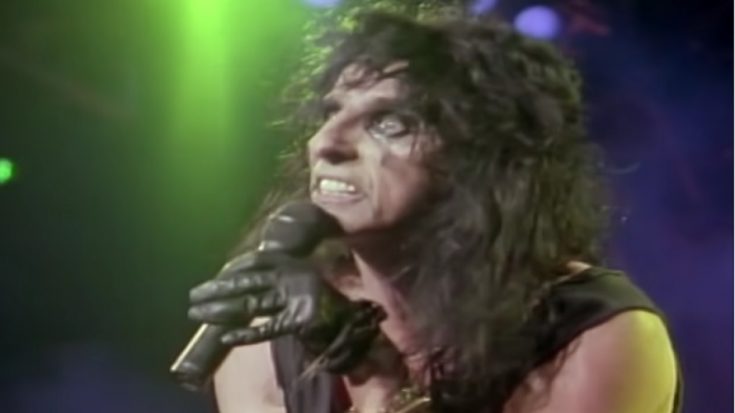 As Halloween approaches right around the corner, so are our desires to watch spooky films and listen to some spine-chilling classic rock songs. Because, where’s the fun if you don’t want to spread the good ol’ creepy shudders? Below, we’ll dive right into these 20 classic rock songs that will scare you to your grave. Get ready for some screaming!

György Ligeti made sure to fill our thoughts with terrifying ones as he created a 15-minute song full of dissonance and pure chaos.

This epic 12-minute Doors song is bursting with rock psychedelia that only the genius of Jim Morrison could create. It’s a tale of saying goodbye to childhood innocence, per Morrison’s interpretation.

One of the well-known Appalachian murder ballads is “Knoxville Girl,” a tale of two lovers where the man (unapologetically) murdered his girlfriend. Louvin brothers Ira and Charlie harmonized the lethal feeling that the song provides.

A combination of creepy sound effects and subdued questions “What’s the building there?” Tom Waits sounded worried yet suspicious.

“Threnody to the Victims of Hiroshima” (1960) – Krzystof Penderecki

Scholars often cite this piece with the use of sonorism, avant-garde contemporary music in the 60s. If you’re ever familiar with this one, that’s because it’s been used in movies such as The Shining and Children of Men.

There are just so many songs to give you the chills alright, but absolutely no one could top Suicide’s “Frankie Teardrop.” Even from their band name, it isn’t the answer.

From the room of psychedelic sounds do we find ourselves interspersed inside Pink Floyd’s “Careful With That Axe, Eugene.” It’s a frenzied mess.

This one-hit-wonder group gave some pretty unforgettable gruesome songs. “D.O.A,” tells us a story of a man in first-person point of view, as he tells us he’s dying.

Perhaps one could assume that Nick Cave’s songs are almost all creepy. Don’t be fooled by the title, “Song of Joy” tells us about a man musing about his dead wife named Joy, who had been stabbed several times and stuffed inside a sleeping bag.

“While friends and lovers mourn your silly grave/I have other uses for you, darling.” Alice Cooper sure does have a lot of spooky songs up his sleeve, and this is an ear-catching one.

The lead single of PJ Harvey’s To Bring You My Love, “Down By the Water” talks about a tale of an old witch who summons her dead daughter from the river she downed into.

One of the highlights from Throbbing Gristle’s D.O.A: The Third and Final Report of Throbbing Gristle, “Hamburger Lady” is obtained from the written testaments of Blaster Al Ackerman who cared for a woman who was a burn victim.

Goth Rock legends The Birthday Party howls a not-so-ordinary song about a car wreck that happened somewhere around Christmas. Its eeriness is striking.

Springsteen isn’t the man for horror songs, but his eerie track “Nebraska” was highly exceptional. It tackles the killing spree of Charlie Starkweather.

This murder ballad is a standard in any Halloween event and it’s a crime if you don’t listen to it. Legend says that it’s about the real murders of Charlie Lawson to his family, killing his wife, 6 of his 7 children, and himself (the other child was saved from running an errand).

The tales between three young men who murdered an old man to steal his money could make you shiver. Not only that, but the old man got his sweet revenge when the trio died to their impending doom.

“Avalanche” remains to be one of Leonard Cohen’s creepiest songs. There’s no wonder this song deserves a spot on your Halloween playlist.

Metallica is mostly rummaging through most of the 80s, but it was only until their song “One” that the band skyrocketed to fame. The track was said to be inspired by the movie Johnny Got His Gun, who woke up one day only to find out that most of his body was severely damaged from a landmine— but he could still feel and think.

Scott Walker’s “Farmer In The City” was his experimental take on his career, with the burgeoning weirdness present there.