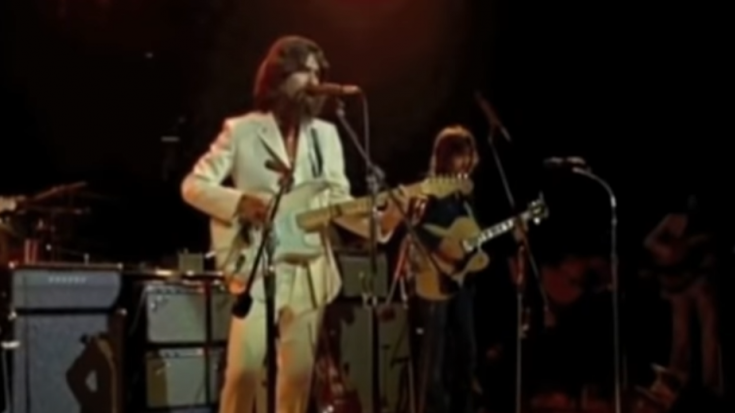 In all generosity, it’s time to give this big ball of light the long due for a romantic song. With George Harrison’s playful remark of the moon and the definite feeling he had for this, we knew it’s the nightly counterpart we’ve all been waiting for.

Upon the release of Harrison’s self-titled record in 1979, the ex-Beatle, for the first time, had finally breathed a sigh of relief with the comfort and security he had as he built his family with Olivia Trinidad Arias, and becoming a father to their son, Dhani. One song that piques the curiosity of the listener is the track, “Here Comes The Moon”, which is suspiciously modeled after his Sun-themed hit song from 1969’s Abbey Road. And boy does it provide a cool, calming counterweight to the jovial track with its reserved yet playful lull that’s sure to send anybody into a comfortable doze after a listen.

Listen to the track here.