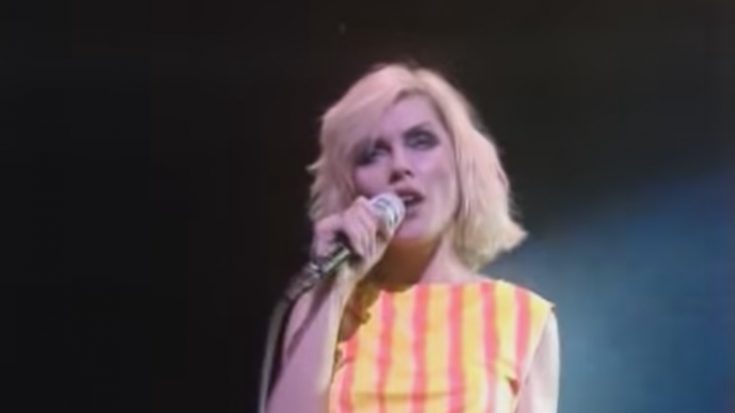 Blondie was on an inevitable path to pop fame as their quintessential cut, “Heart Of Glass”, was released. With the money lying undoubtedly in the pop scene, the once punk miscreants dived into commercial music and decided never to turn back.

The band materialized in the wake of CBGB’s punk legacy in the mid-’70s and were basically an underground act until their success with the third album, Parallel Lines. Blondie was hugely popular over the UK and Europe, however, which was one of the reasons how they secured a spot on the famous Old Grey Whistle Test on New Year’s Eve of 1979.

Old Grey Whistle Test was known for bringing in the latest and greatest in rock and showcase them in live television glory, not to mention that they liked the attention when punk bands played shows on the program. But it also spelled potential disaster for Blondie and their upcoming appearance as the crowd didn’t take lightly to pop-infused acts.

Blondie’s musical direction changed when they met the Aussie hitmaker Mike Chapman in 1978. Chapman asked them to play their songs until it came to the premature form of “Heart of Glass”, which was the sole cut he adhered to.

Many punk purists were outraged by the sudden turning of the back by Blondie upon the release of the new song, “Heart of Glass”. Chapman thought otherwise, saying to Ultimate Classic Rock: “’Heart of Glass’ is a masterpiece in many ways. It will never sound dated. It is simply one of those tunes that work in every way.”