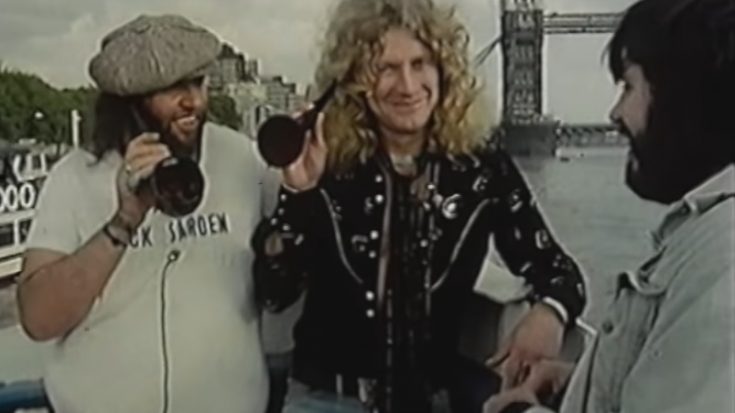 During a 1976 interview where Led Zeppelin’s Robert Plant and band manager Peter Grant were enjoying a cruise down the Thames River, the two revealed the secret to their success during late 1976, a time where the band was deemed as the world’s best-selling live music act.

The interviewer brought up the band’s “[perseverance] with a positive mind of not appearing on television anywhere in the world,” then asked them why they have done such a method.

Grant replied, “To me, I just don’t see “[TV] working with Led Zeppelin.” When asked to expound about what he meant, Grant discussed TV’s limitations especially on the sound and the lack of facilities to capture the full sound of the band that resulted in the inability “to capture the magic of Zeppelin.”

Grant has been instrumental as Led Zeppelin’s manager in bringing the band success and establishing them in the rock arena, more so with the notion that the band’s music should be enjoyed in a live setting rather than on television.

Truly, the band could never be contained within the measly dimensions of televised media back then, nor were they just print candy although newspapers were wise to follow their trail of achievements, knowing the band’s cultural and artistic impact. Led Zeppelin was confident in its live capabilities and did not want to be hindered by other forms of exposure even if it meant additional dough coming their way.