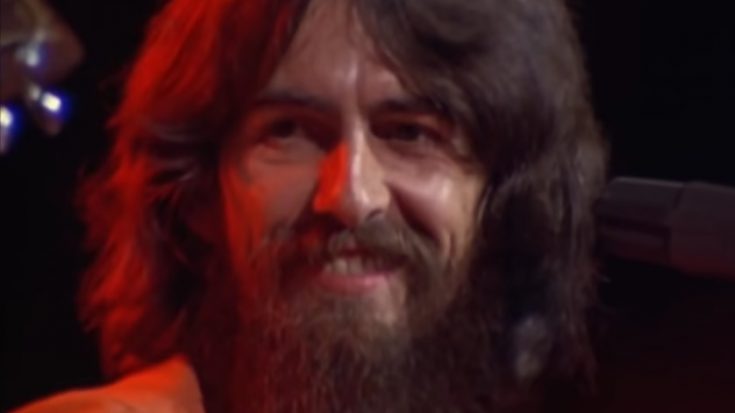 While he was greatly “ignored” for most of the Beatles’ career run, George Harrison brought another dimension to the band’s music. Dubbed as the Quiet Beatle, Harrison sure turned up the sound with the songs he wrote for the band. Here are some memorable cuts from the charming member of the Fab Four as they dominated the industry back in the day.

It is clear that George Harrison’s love for the blues hasn’t faded years after their experimental phase, evident in the 12-bar blues style of “For You Blue” from their final album release.

One of Harrison’s more odd numbers, “Old Brown Shoe” is him matching the Lennon-McCartney energy with his very own recipe of rock and roll. Not the most radio-friendly cut, but certainly one that has its own certain charm.

As much as Harrison matured during the creation of the White Album, he also did not forget how to have fun while writing songs. “Savoy Truffle” was meant to poke fun at Eric Clapton’s recent visit to the dentist.

Ever the witty yet clever writer, Harrison managed to include a reference to their hometown and previous publishing company. What better way to diss your previous publisher than write a song that made fun of them.

How do you use Western instruments and still get that Eastern sound? Ask Harrison, who crafted the song while waiting for his publicist through Blue Jay Way while fighting drowsiness.

The undeniable influence of The Byrds on “If I Needed Someone” really had Harrison stretch his wings with his experience with psychedelia. It saw the use of a 12-string Rickenbacker and three-part harmonies to add to the trippy quality of the cut.

“Think For Yourself” is one of the songs that was the bridge to Harrison’s budding songwriting talents. Many believe it is a politically-motivated track, while some point to romance being its central theme.

“Don’t Bother Me” emerged from Harrison’s effort in wanting to take part in the band’s songwriting, realizing that he just needed to write more to perfect the craft.

The song is a reflection of Harrison’s devoption to Indian music and faith. A stark contrast to the band’s usual offering, the number is held in high regard due to its excellent integration of East and West.

Indian Classical Music played a big part in the creation of “Love You To”. It also had Harrison exchange his bandmates’ participation for authentic Indian musicians.

As if it wasn’t enough that Harrison’s songwriting was in peak form, “I Me Mine” was written in a period after Harrison went under the guidance of Bob Dylan himself.

Just as the title suggests, the Beatles are pretty irked with the tax situation that sucked out most of their income. Harrison was responsible for the first political song  that the band had ever released.

Recognizable from its first string of notes, “Here Comes The Sun” is one of Harrison’s most popular compositions of all time. He wrote it as a sigh of relief as spring came, along with temporarily escaping the band’s business dealings.

Even Harrison agrees that “Something” might be the greatest tune he’s ever written. The enigmatic love song set records for the Beatles, and most imporantly, Harrison himself, who already rivaled the Lennon-McCartney tandem at this point.

Harrison makes excellent use of contrasting moods on the verses and chorus of “While My Guitar Gently Weeps”. Of course, it wouldn’t be possible without his best friend, Eric Clapton, helping with the song’s creation and recording.