15 Facts And Stories You Might Not Know About The Eagles 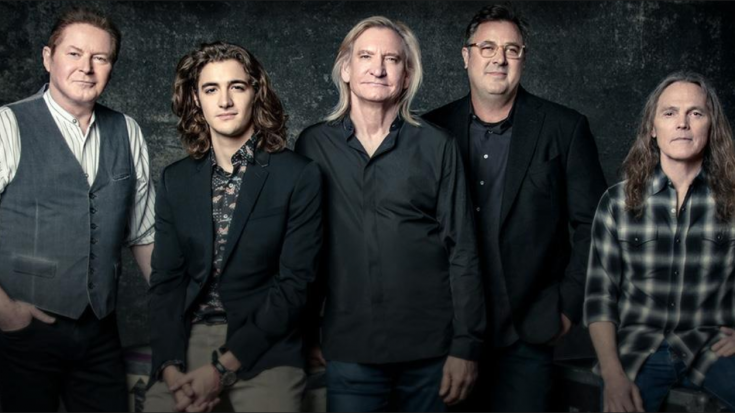 Anyone who doesn’t know the name of the American band Eagles is probably living under a rock. With classic hits and over a hundred million records sold under their belts, it’s only fair to assume that they’ve grown to be one of the biggest and most commercially successful bands of all time. While anyone within a 5-mile radius knows how to sing their hits, only a few actually know what’s going on inside the band. And so, we present these 15 facts about the Eagles for you to read upon. Enjoy!

They Weren’t a True Californian Band

The band became extremely famous after the release of their “Hotel California” song, but upon basing the birth origins of its founders, not one of them was born and raised in California.

The members were huge practitioners of what they preached, and what they preach before was a hedonistic lifestyle of rock and roll. Glenn Frey wrote the song after a drug dealer mentioned the phrase “life in the fast lane” during their conversation.

They Up the Ante for Ticket Prices

When Eagles reunited once more from their 14-year hiatus, they’ve noticed that fans were more than willing to pay every penny. With that, the band decided to sell tickets for their reunion concert for over $100, prompting the bands and artists to do the same even until now.

Don Henley Brought his Own Mattress During the Hotel California tour

It sounded high maintenance, But Henley argued that he wanted to use his own king-sized bed during the tour because hotel mattresses didn’t satisfy his back pains. The mattress was never used, since every hotel room they’ve stayed at never allowed it.

They Filed A Lawsuit Against the American Eagle Foundation and Lost

Back in 2001, the Eagles made rounds for suing American Eagle Foundation claiming that their domain name and phone number confused the public. The foundation fought back, citing that the word “eagle” is a popular name and that thousand of other companies also have it. The lawsuit was dropped afterward.

The original four members were Ronstadt’s backing band, helping each other get acquainted during their first performance together.

Joe Walsh Redefined the Sound of the Band

After Bernie Leadon’s departure, Walsh joined the band and helped in creating its new sound. The edgier Eagles was born, all thanks to his distinctive style.

Don Felder, who wrote the infamous song “Hotel California,” recalled how he almost named the song “Mexican Reggae,” due to its Latin-style percussion. After writing the lyrics, that’s when he changed it.

Felder, Frey, and Henley were the official owners of the band’s corporate entity named Eagles, Ltd. However, due to Felder feeling left out during most of the band’s discussions and his interest in questioning the band’s intent, he was fired in 2001. Felder sued Eagles and they’ve settled with an amount that wasn’t verified.

At the start of a new millennium, Frey was already suffering from numerous health complications. He was on medication for the rest of his life and in 2016, he died at the age of 67.

“Hotel California” Was Almost Made Into A Movie

Julia Phillips, the producer of Taxi Driver, Close Encounters, and many more critically-acclaimed films, was interested in making the Eagle hit into a movie. The band didn’t like the idea, and so the plan fell through.

A lot of stories have spiraled across time on how the band actually named themselves as simply “Eagles.” Some said it was born from a peyote and tequila-filled group out in the Mojave Desert. Others also said that it was Frey who coined their name, shouting the word “Eagles!” as he saw a flock flying above them.

After his mother caught the young Glenn Frey smoking doobies, she told him not to join a rock group, since this behavior would only blossom. A few years later, he formed Eagles with Don Henley, which was not the same as “joining a band.”

Glenn Frey Was Also an Actor

Aside from his singer-songwriter career, he also entered the world of acting. He had numerous appearances from TV shows and movies such as Miami Vice, Jerry McGuire, etc.

With it being one of the most recognizable album covers of all time, Hotel California was actually a picture of The Beverley Hills Hotel on Sunset Boulevard. As the album’s sales doubled and tripled the following weeks, the hotel was less than pleased about it, threatening the musicians with legal action. It didn’t blossom into an actual case, however, since it was pointed out that the hotel’s request for bookings has also tripled since the album’s release.