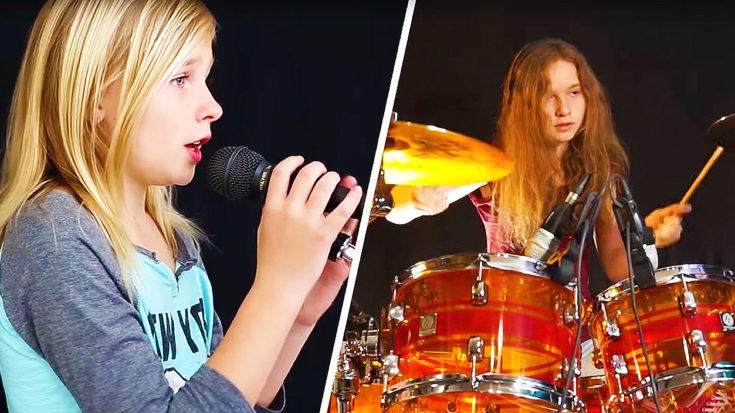 This Gave Me Chills!

One of the more haunting songs in the history of rock n’ roll music, is Simon and Garfunkel’s 1965 landmark “The Sound of Silence.” The song has left a lasting impact on music, with its soft and eerie lyrics, and has become a go to for bands to cover. A few years ago, Disturbed covered the tune, and actually topped the charts with it!

A notable aspect of the song which never ceases to amaze people, are the vocals. Like I said, this song is commonly covered, but not every cover goes over perfectly. One cover, however, that does rise up to the expectations, is this one by 11-year old YouTube sensation Jadyn Rylee. Jadyn’s cover is hauntingly beautiful, and her voice is years beyond her age! We guarantee you will get chills from this cover, because we sure did!

Fun Fact: Paul Simon took six months to write the lyrics, which are about man’s lack of communication with his fellow man. He averaged one line a day. This was one of the songs Simon & Garfunkel performed in 1964 when they were starting out and playing the folk clubs in Greenwich Village. It was their first hit.

Her cover also features YouTube drumming sensation Sina, who provides incredible effects on the song with the drums!

Check out the amazing cover down below and let us know what you think!