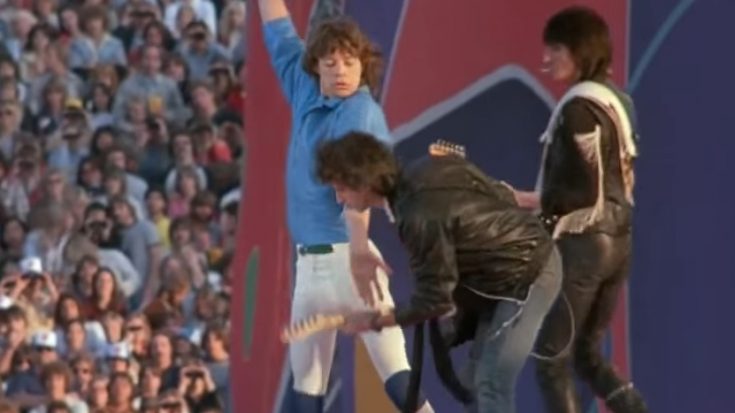 More than just being proud creators of iconic headbangers and leg-strutters, rock acts and artists weren’t immune from taking part in the fashion aspect of the business – as more often than not, their looks associated fans to their music. Starting from the contrasting hippie getup and clean-cut looks from the ’60s (ala Jimi Hendrix and The Beatles, respectively), rock band fashion has been constantly evolving, and there are key periods with some of the most interesting statements made. With that, here are some of the most eye-catching (and ridiculous) fashion trends made popular by rock bands in the ’80s.

KISS turned a new leaf in when the ’80s rolled in, setting aside their black and white makeup look and costumes that were already a trademark of their branding. Touted as the unmasked era of the band, it also meant Ace Frehley and Peter Criss’ departure from the band.

For people who followed Ozzy Osbourne’s career from his Black Sabbath years until he went solo, it was pretty interesting to watch the rocker change his wardrobe as well. Where he once wore his hair down, he now fluffed it up and wore looser, era-relevant clothes.

When the Stones dominated the sixties, they were known for tight, colorful outfits that looked like nothing anybody was wearing at the moment. Two decades later, the band reinvented their fashion sense with a more conservative approach – along with the spruced up hair profiles.

GNR was a weird mix of sight and sound – but an effective one at that. The band sported long hair that was volumed up just like their hair metal counterparts but carried a more sophisticated edge with their leather monotone accents.

Another equally “mismatching” combination of aesthetics and sound was that of Bon Jovi. The band was all about blazers, sleeveless tops, and scarves that made them look like a hair group but sang ballads and anthems to rock arenas.

Hard rock group Van Halen was more of the hip trendsetters of the era, wearing flat, pastel colors and did their hair in no particular manner. These guys didn’t care about visual cheese as they did about sounding their best onstage.

One of the major hair bands in the era, Poison didn’t disappoint with the stereotype that came with the look. Their skin-tight clothing wasn’t as flashy as those with contemporaries, but still gave that effect and authority of a rebellious spirit.

As a band that didn’t need any visual to represent their brand, Rush still made an effort to go with the flow of the changing times by changing their looks as well. Now sporting bangs and longer hair, Rush didn’t go overboard and still went with smart, slick clothing to exude an aura of mystery.

Arena rock band Journey came out of the ’70s wearing colors that made a statement. Maturing in their songwriting process, the band went in reverse in an attempt to appeal to their audience with bright color schemes that matched the outrageous spectrum of New Wave fashion.

Apart from the growing hair metal trend in the ’80s, New Wave was also conquering the rock scene. Hall and Oates represent this swath of artists well with the duo’s chic, forward-thinking fashion that would become one of the most followed statements in history.