Led Zeppelin Performs “When The Levee Breaks” With Neil Young 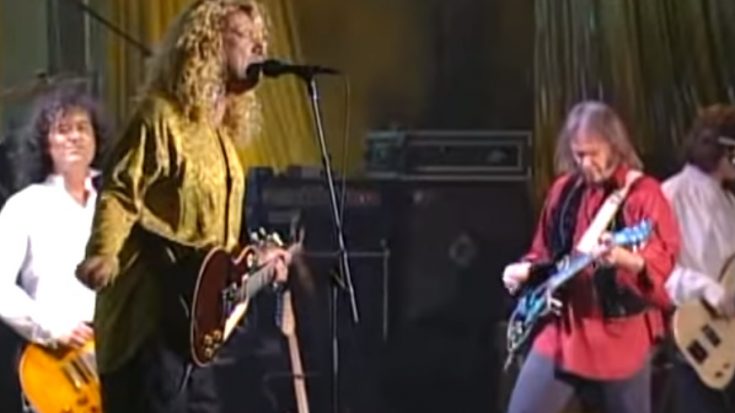 Originally, “When The Levee Breaks” was a country blues song written and recorded by Kansas Joe McCoy and Memphis Minnie in 1929, but you’re most probably familiar with Led Zeppelin’s version of the song, which was part of 1971’s Led Zeppelin IV release.

The iconic thunderous of John Bonham’s drum tone in the recording was due to it being recorded in a stairwell at Headley Grange with the microphones positioned three stories up. This allowed the kit’s sound and echoes to draft up the structure to give it a distinct quality that was very hard to replicate live. The song was only attempted by the original lineup two times – first during a warm-up gig in Denmark before going into their 1975 US tour, and the next was on their second night in Chicago.

“When The Levee Breaks” was recorded at a different tempo and then slowed down, while Robert Plant sang in the middle of the key the song was set in to give it a slightly dissonant flatness to the sound. This is also the reason why the track wasn’t remixed unlike the rest of the songs, as not only was it difficult to get the levels right, but the current form was already good enough for it to be edited further.

Watch Led Zeppelin perform “When The Levee Breaks” at the Rock Hall of Fame Inductions of 1995 with special guest, Neil Young.