10 Rockstars You Didn’t Know Are Dead 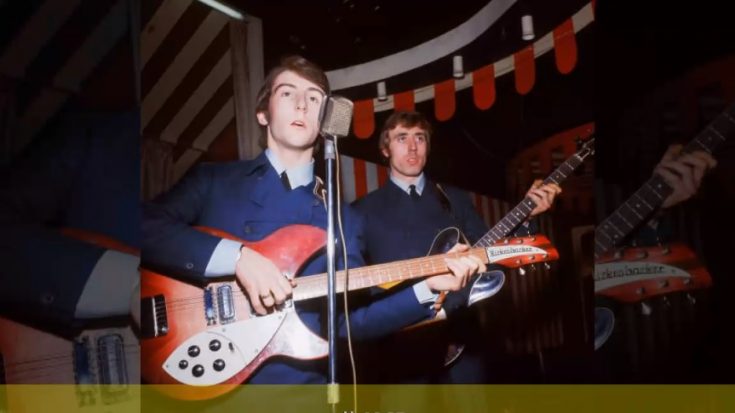 Iconic rock star deaths become testaments to their impact to the world of music and the arts. The untimely passing of artists like John Lennon, Jimi Hendrix, and Buddy Holly, among other stars, marked the dark ages and mourning of musical creativity that were snuffed out. Causes of deaths that ranges from accidents to intentional undoings doesn’t affect the perspective of a fan who has devoted a good amount of time to their favorite artists. But what about the more obscure names? Soloists and band members who were under the shadows of their more prominent mates? For these more unfortunate folks who deserve as much credit as their well-known counterparts, let’s try to revisit their lives and contributions to rock music.

The original bassist for the pioneering psych rock band The Moody Blues, Warwick was only active in the band for a skimpy two years. Originally known as Albert Eccles, he got the name Clint Warwick from his favorite actor Clint Walker, and his favorite singer Dionne Warwick. He was featured on the band’s debut album, The Magnificent Moodies, most known for the hit track “Go Now“. Warwick left the band in 1966 after realizing he couldn’t cope with the stress of touring. He opted to a more private life by becoming a carpenter, and returned to music four decades later, in 2002. He succumbed to hepatitis by May 15, 2004 at the age of 63.

Welsh alternative rock band the Manic Street Preachers was fronted by Richey Edwards. Considered as a major force in shaping the band’s music, this came with a price. Heavily burdened by depression and anorexia, Edwards occasionally turned to self mutilation, the most notable being the words”4-Real” carved onto his arm using a razor. On February 1st, 1995, Edwards mysteriously disappeared and considered by many to have committed suicide. It was only in 2008 that authorities proclaimed him officially missing and presumed dead.

One of the founding members of the grunge band Alice In Chains, Stayley was one of the people who spearheaded the genre,which paved the way for acts like Nirvana and Soundgarden. He was also known for his heavy substance abuse problem. This eventually came back to claim his life, when he was found in his apartment, OD’ed on heroin and cocaine. Stayley was dead for almost two weeks when he was discovered.

Fronting the punk rock band The Gits, Zapata with her blues-inspired vocals, was part of a growing Seattle music scene. Even iconic frontwoman Joan Jett likened her sound to that of the legendary Janis Joplin. They were getting a considerable amount of attention, until the wee hours of July 7, 1993. Zapata was badly beaten and raped when her body was found. Nirvana, Pearljam, and Soundgarden raised $70,000 to help her case by hiring a private detective, but her assailant wasn’t found and convicted until 2003, when DNA evidence was matched to that of a Florida fisherman.

Another AIC entry on the list, Mike Starr was the original bassist of the band, but departed as the band was in the process of touring for their Dirt album. Starr was also a notorious substance abuser, with him and Staley doing all sorts of drugs. Starr tried to get out of the pit though, when he joined VH1’s Celebrity Rehab in 2010, attempting to get clean. Things didn’t get any better for him unfortunately. Starr succumbed to an overdose of prescription drugs on March 8, 2011.

Although fans who stuck with the band from the start may have known this, a lot of fledgling Stones fans might have not heard of Brian Jones yet. Original founder and vocalist, Jones was inspired by his blues background. However, this became a reason of internal conflict when Jagger and Richards began to assume the role of creative heads, which was worsened with a falling out with manager Andrew Loog Oldham. Oldham was driving the music of the band away from Jones’ vision, and with his alcohol and substance problems. He was eventually replaced by Mick Taylor, and died a month later on July 3, 1969. Jones had drowned in a pool after heavily drinking, but mystery still shrouds as to what really happened that fateful night.

A music school dropout, Pappalardi proved everyone else wrong with his mastery of a wide range of instruments. Eventually forming the rock band Mountain in 1969 as their bassist, he became the guiding light of the band’s musical style. A tried and tested virtuoso, his band mates attest to his skill as a rudiment to their success. Pappalardi excused himself from the band due to a progressing deafness, and turned his attention to drugs and womanizing, even though he was married to lyricist Gail Collins. After a tête-à-tête with his mistress on the night of April 17, 1983, Collins shot him with a pistol he had gifted her months earlier. She was charged with second degree murder and criminally negligent homicide.

A pioneering vocal group in the early days of rock n’ roll, The Temptations became one of the best known acts of the 60’s and 70’s with their impeccable harmonies and sharp fashion sense. Their proven track record earned them an induction in the Rock And Roll Hall Of Fame in 1989. Dennis Edwards was brought in on 1968 to replace original lead singer David Ruffin, who was becoming problematic by the moment. He became instrumental with the group’s future successes, and churned out hits such as “Papa Was a Rollin’ Stone” and “Cloud Nine“. Edwards died in 2018 due to meningitis, but rumors and suspicions of his wife smothering him his sleep began surfacing, and the involvement of the Health Care Consortium of Illinois only strengthened the “hearsay”.

Kristen Pfaff is best known with her time in the band Hole, which was formed by the late Kurt Cobain’s wife Courtney Love. Pfaff recorded the album Live Through This (an eerie premonition), which was her only contribution to the band’s material. Soon enough, Pfaff discovered heroin through her friends, and spiraled down to addiction. She was found dead in her apartment on June 16, 1994. She died at the jinxed age of 27 due to overdose.

The original bassist of the group led by Iggy Pop, Dave Alexander entered the band with only the basic skills. Nevertheless, he helped pen and arrange a handful of songs from their first two albums. Alexander was fired by Iggy on 1970 due to being heavily intoxicated and late during a show. Five years later, Alexander developed pancreatitis due to his alcoholism, and succumbed to pulmonary edema on February 10, 1975.