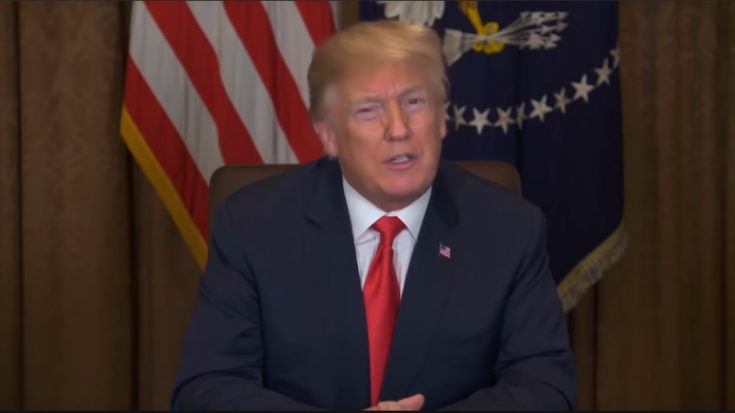 Imagine, of all the people.

Beyond John Lennon’s legacy of music, is his empathic world view that aims to break barriers. His peace-aimed agenda was extensively proclaimed on his 1971 hit, “Imagine“. This message for peace and unity resounded throughout the world, the simple, lullaby-like melody paired with a simple call to humanity’s greatest desire. The current state of world affairs might make this ideology such a shot in the dark, but what if, our world’s leaders actually agree with Lennon’s sentiments?

In a recent promotional video by technological firm Canny AI, Lennon’s “Imagine” was used as the message. What surprised the masses were the messengers. What if Donald Trump, Vladimir Putin, Kim Jong Un, Justin Trudeau, Barack Obama, and Xi Jin Ping actually believed in Lennon’s legacy to make the world a better place? Check out the video below!

Today’s technological advancements allow us to edit and tamper stock footage with elements that takes the original video’s context and transforms it into a new thematic expression. Tel-Aviv based tech startup Canny AI puts the advantage into good use by gathering the world’s most influential leaders to sing John Lennon’s “Imagine“. Well, not really. Rather, stock footage of interviews and public speeches by the world’s most prominent heads of state were taken and then overlapped with videos of actors who lip-synced the song, with the resulting material making for a realistic rendition of the Lennon hit.

The video shows Donald Trump, Vladimir Putin, Xi Jinping, Justin Trudeau, Shinzo Abe, and more, eerily singing to the late Beatles’ anthem of peace, with it being broadcast worldwide to stunned crowds that stared at screens big and small. The video is powerful message to the world, clearly showing the potential of world peace and unity just by the mere thought of a head of state singing along to the ubiquitous hit. Indeed, how different would the world be if these leaders actually shared the same sentiments and the means of materializing them?

What do you think about the controversial video? Share your thoughts with us in the comments!