10 Of The Best Music Biopics Ever Made 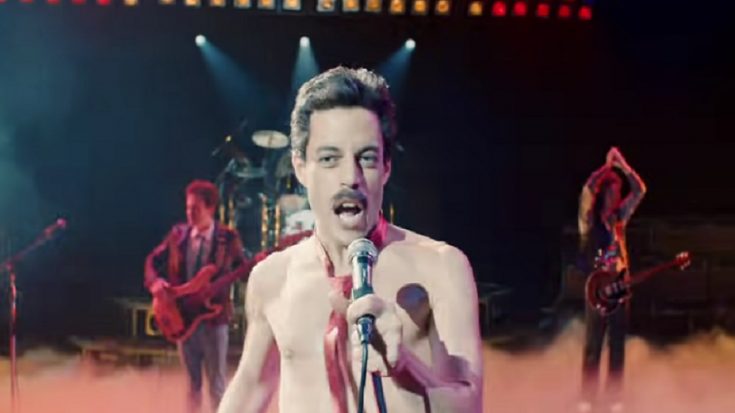 You know it’s about to be either good or bad when the music industry collides with the Hollywood scene. Dozens of biopics have been made to pay tribute to the once fashionable life of a star, and especially if that particular person led an exceptionally respectable career in his/her life, such portrayal will be imprinted in the minds of the next generation who would come to watch such intriguing life story. Biopics are a tricky business, and below, we’ve come to compile these 10 best biopics of classic rockers ever made, far better than what’s anticipated of them.

Legendary Ray Charles is played by Jamie Foxx in the film Ray, which won him several prestigious awards, including an Oscar. The movie shows the struggles of Charles in his personal life, becoming blind at the age of 9 years old, and how he became highly influential in the rhythm and blues scene in the later years of his life.

Joaquin Phoenix portrays the life of music legend Johnny Cash, a young boy who’s struggling to break through in the country music scene. While on tour, he met the love of his life, June Carter, but his ever-famous life and unpredictable personality keep them apart.

Jennifer Hudson portrays the life of Aretha Franklin, a singer of her father’s church choir who turned into a famous international star. The movie follows the personal and career struggles of Franklin and the development of her seminal album Amazing Grace.

Lou Diamond Phillips transforms himself into Mexican-American Richie Valens, one of the forefathers of the Chicano rock movement. The rising star’s life is fueled with a jealous half-brother, an American girlfriend whose father disapproves of their relationship, and a recurring nightmare of a plane crash.

Val Kilmer portrays the life of the legendary Doors frontman, Jim Morrison. The movie ventures on the life of Morrison and his sensational band, the Doors, and his struggles to deal with his responsibilities inside the group and his abuse of drugs.

Andra Day portrays the life of Billie Holiday, who, in the midst of her successful career, is being targeted by the Federal Department of Narcotics, led by Jimmy Fletcher. The portrayal of the real-life story of Holiday is filled with affairs, drugs, and a love that would never last.

Chadwick Boseman is James Brown in the movie Get On Up, wherein the actor portrays the life of the musician. Jail, drugs, and abuse are what made James Brown stronger and rose to become one of the influential musicians in the history of music.

Reginald Dwight, best known for his stage name Elton John, sealed his destiny to become one of the greatest performers of all time as he found his lifetime songwriting partner, Bernie Taupin.

Several actors play the life of Bob Dylan: Christian Bale, Cate Blanchett, Marcus Carl Franklin, Richard Gere, Heath Ledger, and Ben Whishaw, and follows a non-traditional narrative technique. A caption at the start of the film says that it is “inspired by the music and the many lives of Bob Dylan.”

Bohemian Rhapsody highlights the life of legendary frontman Freddie Mercury (Rami Malek) and his life being inside one of the greatest bands of all time, Queen. Mercury’s chance to reclaim his victory all led up to one of the most influential performances of the band at the 1985 Live Aid concert.