10 Most Nostalgic Rock Songs From The 70’s 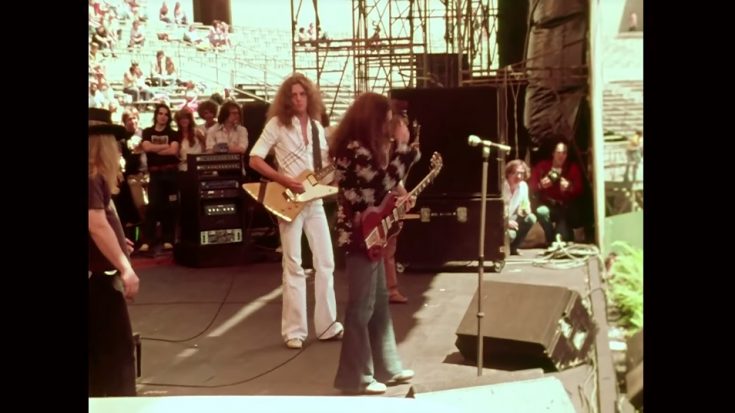 One cannot deny how rock music flourished over the 70’s. Acts such as Led Zeppelin, Black Sabbath, Lynyrd Skynyrd, John Lennon, and many more contributed to the growing creative consciousness of the era. Looking back, here are some of the most nostalgic and well-remembered tracks from the landmark decade.

In the ranks of The Who’s greatest releases, “Baba O’Riley” became known for sweeping keyboard sound and controlled chaos ensuing towards its conclusion, the track stood out from radio-friendly formats at the time.

Who would ever forget this operatic rocker masterpiece? The brilliant arrangement and unconventional length deterred radio programs at first, but eventually burst into the airwaves with a little help from a defiant friend.

The most recognizable Pink Floyd track of the era,”Comfortably Numb” was a haunting yet emotional masterpiece of accepting solace in entropy. David Gilmour’s guitar work here is phenomenal, with intense bends evoking hot tears from listeners.

An instant hit from the get-go, this Tyler-penned power ballad became a staple in many shows, and a standard for succeeding artists. A very unorthodox song structure adds to the latent charm this slow rocker already has.

The slow-paced Southern ballad from Skynyrd is tastefully complemented by sustained guitar notes, which then proceeds to a crazed frenzy by the bridge, the upgraded tempo waking up the slumbering souls with its manic melody.

Do you really need a reason to love this song? We’ll let the hypnotic progression and intense, emotionally charged guitar solo do the talking.

Bob Dylan’s rich voice gives this original a country vibe to it. Feel the warmth of the country breeze with the interlocking harmonies and the lulling guitars, only with a hint of that rock flair that gives Dylan his signature magic.

The story-telling rocker from this heavy metal progenitor became known for the legendary riff it held, which incidentally became one the most covered rock songs of all time.

The iconic melancholy-driven tale of the hero, covered by Page’s guitar, eventually booms into a heavy rocker with Bonham and Jones’ tight progressions, only to be completed by the golden wails of Plant. The song not only takes us back to the 70’s, but way back in the medieval era as well.

This fast-paced is carried by a flamenco-like imagery by Mark Knopfler. Smooth as butter, and as potent as absinthe, the clear Stratocaster twang makes this unforgettable tune stand out through the test of time as one of the best guitar compositions ever.