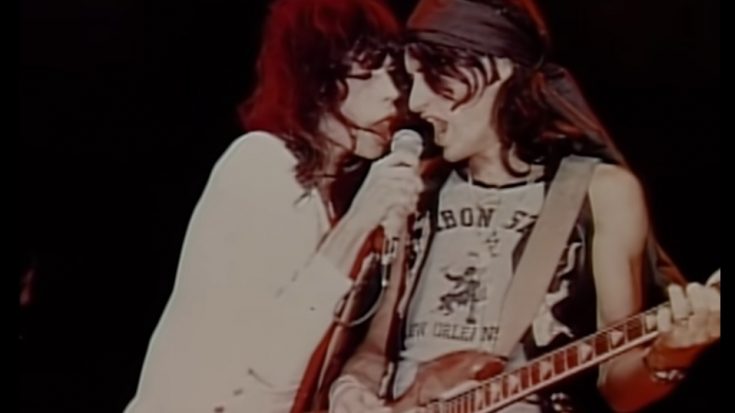 Considered as one of the greatest American bands of all time, there’s no denying that Aerosmith has what it takes to be a superior rock group. Mixing heavy metal to an all-classic blues, the resulting element was the group’s powerful vocals and essential guitar solos. While it’s great to be mesmerized by Steven Tyler’s voice and vigor, but for this time, we’d like to take a look around at the ten greatest guitar solos from Aerosmith.

The track that shares the same name of their album exhibits an angstier, punk-like gush instead of the usual Aerosmith’s formula of heavy rock. Joe Perry’s mischievous guitar solo sounded feistier and spunkier than any of their songs back in the day.

the opening of “Back in the Saddle” gives the best start to a galloping beat of the drums, guitar, and bass lines. Perry’s unmatched riffing here is the reason why he’s a valuable guitar player.

Who would’ve thought that an imaginative sex pun would in turn be a highlight to Aerosmith’s Get Your Wings album? The naughty guitar jabs are sincerely exceptional, much like a perfect roundabout take to Rolling Stones’ “(I Can’t Get No) Satisfaction”.

The final gem of Aerosmith before they turned it into a not-so-classic stage, “Draw the Line” draw a monstrous riff from the “toxic twins” who were on top of their game right at this point. On another note, Tyler’s vocals never sounded as fiercer as this.

The jittery riffs from the lead guitar could drive you nuts, from the opening note down to its dominating guitar solo of Perry’s. The song’s overall charisma was never the same in the first place.

Yes, Aerosmith has proven to everyone that they are immortal in the name of rock when they released “Love in an Elevator”. The lead guitar and the solo for this were undeniably gigantic and lively.

No wonder Brad Whitford is a guitar hero from the other’s opinion, he gave the heaviest guitar riffs for the Rocks album. There’s a reason why the likes of Kurt Cobain, Slash, and James Hetfield admire this: it’s a wonderfully-made track.

For their self-titled album, a few hits were only deemed as a true original, and not a carbon copy from the other emerging groups. Along the lines of an authentic Aerosmith, touch is “Mama Kin”, a highlight from their debut album. Joe Perry shows the right confidence to handle the riffs with great pride.

Though it may not be a strong contender behind the others, it certainly deserves to be recognized as it is the track that boosted the band’s career. It proved to everybody that their versatility shouldn’t be taken for granted, igniting a power ballad that sold them their commercial success.

Arguably one of the greatest Aerosmith songs to have ever existed it became the savior of the band’s would-be flop selves in the 80s when Run-D.M.C took their version to another level and boosted both of their careers. Not only that, but Perry’s raw touch to the guitar and its mind-blowing riffs will be forever embedded in the blankets of the rock genre.