That Time Tom Petty Picked A Fight With Clint Black 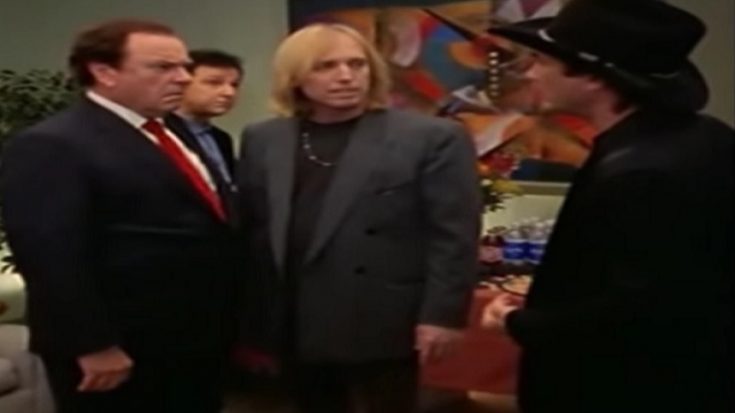 Tom Petty was about to throw his fists at Clint Black during the final episode of the Larry Sanders Show.

Season six’s 12th episode marked the end of the series of the well-known Larry Sanders Show. Created and starred by Garry Shandling, the series followed the life of Larry Sanders inside as a late-night talk show host. The sitcom was a huge success, all thanks to Shandling’s comedic style and the unforgettable celebrities featured on the show.

Valuable guests were included in the finale including Shandling’s good friend, Tom Petty, who starred as himself. Inside the episode, Tom was pointing to Artie (Rip Thorn) that there are too many singers hanging around Larry’s final show. Tom’s statement drew a brawl between the actor Greg Kinnear and then to country singer Clint Black, who was assigned to sing the goodbye song for the show, and with whom Petty referred to as “Roy Rogers”, to which Clint got mad.

“I haven’t seen such a rumble since the Stones played Altamont,” Artie expressed when as he broke up the fight.