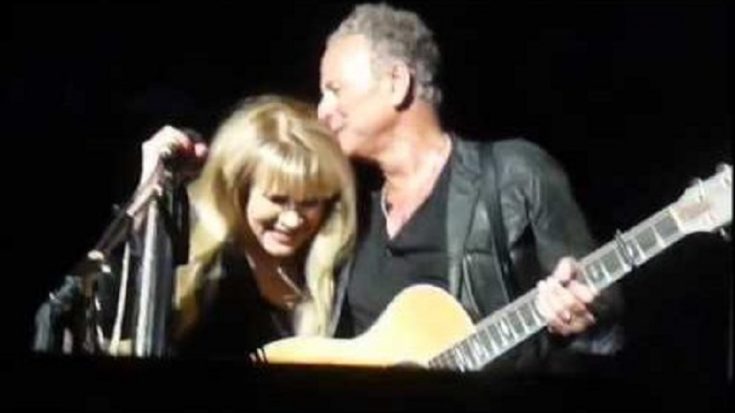 One could admit that breaking up sucks. But this doesn’t mean that the songs that heavily relied on the good breakup story have to be bad as well. Most of the rock’s precious gems are the ones whose plot makes us grieve for a love we once had. With these 10 classic rock songs about breakups, you better hydrate yourself and grab a box of tissues because this might get serious.

The narrator of the song reflects on his recent breakup and the fact that they don’t make sad songs as good as what he’s hearing from then onwards. Maybe it has to do with his heartache, that’s for sure.

“I Hate Myself for Loving You” – Joan Jett and the Blackhearts

I mean, who doesn’t question himself/herself after a breakup? Joan Jett and the Blackhearts sings about the feeling of resentment towards ourselves for giving all the love we can give to the people who are least likely to accept it. Oh, and Rolling Stones guitarist Mick Taylor played the guitar in this.

It’s got a bit of a misogynistic undertone, but hey what rock song isn’t? Many contemplated that the song was about Axl’s girlfriend, until Izzy Stradlin clarified the rumors, saying it was about a “guy whining about a girl who’s treating him bad.”

“Time For Me To Fly” – REO Speedwagon

REO Speedwagon knows what it’s like to hold on to something that isn’t worth it anymore. It’s painful to let go of a relationship you’d built your comfort with, but maybe, just maybe, it’s time for you to fly.

The song speaks more on the feeling of freedom and victory after a relationship that’s holding the person down. Eagles had written some painful songs over the years, and this one is truly remarkable.

“Every Rose Has Its Thorn” – Poison

“Every rose has its thorn/ Just like every night has its dawn.” Metaphorically speaking, it hurts to think about a love that has to end because you’re both hurting in the process.

There was a withstanding rumor about the song that Mick Jagger wrote for David Bowie’s wife, Angela, who walked in on both Jagger and Bowie in bed together. According to Jagger, it was a false claim. But no matter what the rumors surrounding who the real “Angie” was, we’re utterly grateful for this one Rolling Stones’ ballad about a breakup.

“Love hurts, love scars/ Love wounds and marks,” there isn’t a better intro worth comparing to than “Love Hurts” by Nazareth. The band skyrocketed the song to mainstream fame, but it was originally performed first by the Everly Brothers.

What’s more painful than a band writing a song about leaving you? A band singing a song about it. With “Babe, I’m Gonna Leave You,” you better prepare yourself for some stone-cold abandonment courtesy of Led Zeppelin.

“Go Your Own Way” – Fleetwood Mac

Perhaps one of the greatest breakup songs of all time from Fleetwood Mac was also set to be inspired by one of the most painful breakups in the history of rock. Lindsey Buckingham, upon knowing that his relationship with bandmate Stevie Nicks isn’t going to work anymore, wrote this one.