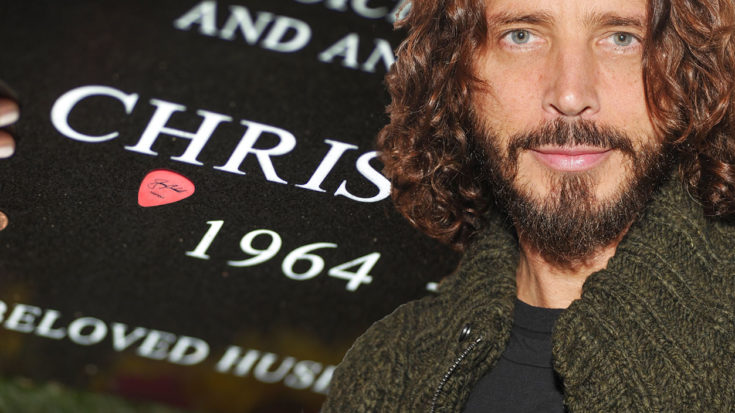 Since Chris Cornell’s death last May at the age of 52, fans from all over the world have come to the Hollywood Forever Cemetery in Los Angeles, California to pay their respects to the late singer. They’ve left behind pieces of themselves – poems, letters, flowers, photos – as if to give back the parts healed by Cornell’s lyrics throughout the years, cleansed by the late singer’s sorrow and as far as visitors are concerned, Hollywood Forever couldn’t ask for kinder, more courteous people when it comes to respecting the sanctity of their favorite singer’s resting place.

There’s just one rule they keep breaking: filming. In a letter sent to Cornell’s widow Vicky, Hollywood Forever’s Director of Private Estates, Noelle Berman, kindly requested that fans coming to pay their respects to Chris abide by the cemetery’s strict filming policy. The letter was posted to Chris’ Twitter account by his management team over the holiday weekend:

We understand that some of Chris's fans wish to video their visits at Hollywood Forever, but we've had confirmation that it's against their policy. We'd like to thank everyone for their understanding. – Management Team, Chris Cornell. pic.twitter.com/jdz3o27ULq

Most importantly, Berman’s letter actually does something really cool for Vicky: it takes the weight of the blame off of her shoulders, insulating her from potential backlash from fans who might have thought that the no filming rule was hers. It even promises that fans caught filming will be treated kindly and respectfully, as Hollywood Forever only seeks to “protect the privacy of all the families who have entrusted them [us] to care for their loved ones” and are as touched as Vicky to see how many people turn out day after day to spend time with Chris.

So, to recap: definitely visit Chris Cornell’s final resting place at Hollywood Forever Cemetery if you get the chance, definitely leave something small behind if you’re able, but leave the cameras in your pockets.