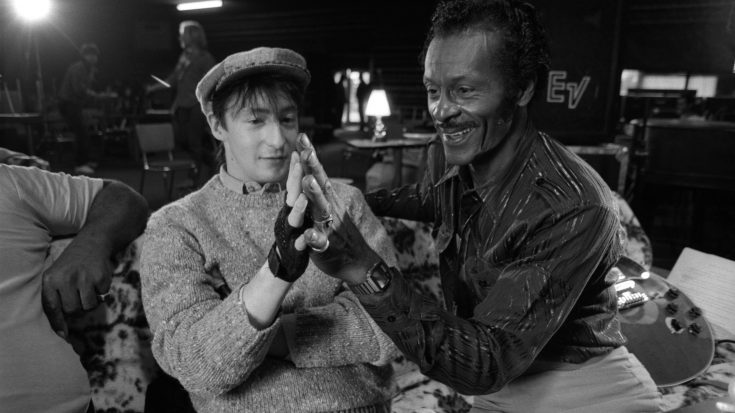 Legends respect legends, so it’s no surprise that the godfather of rock n’ roll had so many nice things to say to the biggest band in the world. Even more so, Chuck Berry said he connected with The Beatles’ “Yesterday” and called it the “highest of The Beatles.”

Like many of the rockstars out there, Berry also is a huge fan of the Fab Four. In the book named A Walk Down Abbey Road, Berry took a moment and appreciate why The Beatles made so many fantastic songs. “Because they were geniuses,” he explained. “They’re writers I understand, three heads a growth. And boy, two heads are better than one, but three heads? Genius.”

What Berry failed to include in his three heads analogy could be referred to Ringo Starr, who didn’t contribute much to the songwriting.

He specifically named “Yesterday” as the Beatle song that connected him because of his age. “I don’t think there could ever be a song that, at my age, could be more appropriate,” he added. “You know I haven’t learned it yet but I shall.”

But Berry wasn’t the only one who connected to it; in fact, “Yesterday” has built quite a good reputation over the years – becoming the most-covered song with artists such as Joan Baez, Elvis Presley, Jay-Z, making their own version of it.