Why Other Guitarist Love To Hate On Eric Clapton 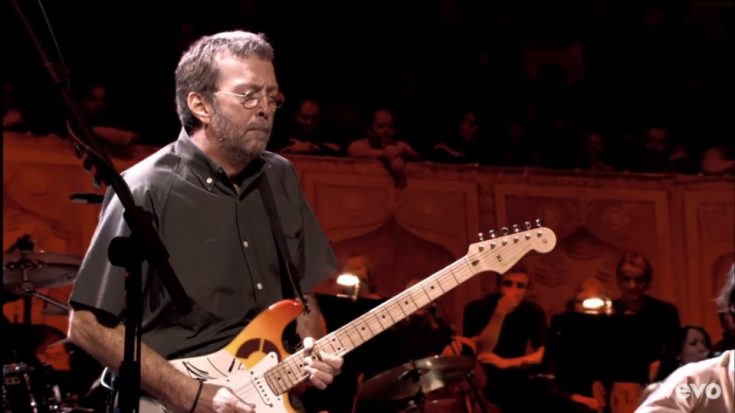 Career-wise, Eric Clapton is one of the highly-respected musicians in the industry. As of today’s date, he’s the only person to have received 3 Rock and Roll Hall of Fame inductions: as a member of the Yardbirds and Cream, and as a solo artist. He’s become highly influential to the new generation of guitarists, as he is often cited as one of their favorite guitar heroes. But, personality-wise? It’s a whole other thing.

While many admired the musician for his ventures in the world of music, according to some people, he’s not the easiest person to deal around with. Boastful and unpleasant, that’s what they would describe Clapton in real life. And aside from his attitude, he’s also had some fair share of scandalous events that will never be forgotten by many.

One of the reasons why they hated Clapton so much was his racism towards the people who aren’t white. In the 70s, Clapton made headlines for his support of the “Keep Britain White” slogan, wherein he urged the people of color to get out of the country. This evoked the people to create an anti-racist movement; since then, Clapton had regretted saying all those things, yet the damage has already been made.

He is also a woman-beater, especially when he is drunk. Aside from this, he’s made another wave of controversy following his disagreement about the segregation between vaccinated people and anti-vaxxers and boldly claimed that he doesn’t want to perform on a stage where people are divided into two. He made an anti-vax song with Van Morrison called “Stand and Deliver,” which received a full-blown backlash from people who are trying their best to eradicate the Covid-19. Since then, no further comment has been received from him.

Clapton is the mere proof that even though you’re famous for your work, this doesn’t excuse you to have an awful personality. He’s “not that great” to deal with, according to a few, but his charisma on playing those riffs shows us that he doesn’t care, as long as he’s successful.