What If I Told You That This Guitar Was Made Illegally In A Prison? 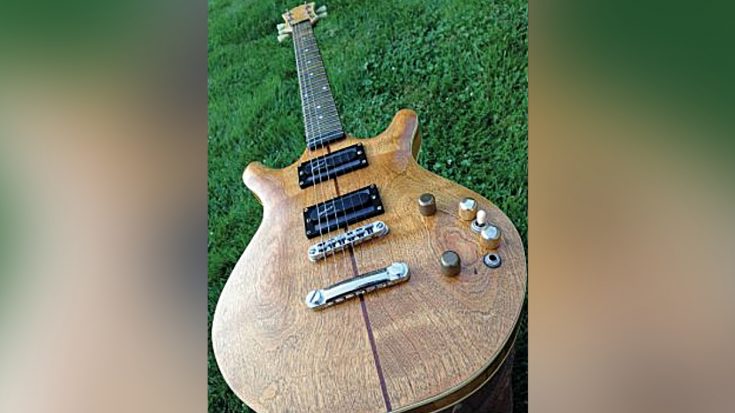 Several years ago in Huntington State Prison in Huntington State, Pennsylvania, a prisoner, who when speaking to Guitar World went by the name Junior Ben in order to remain anonymous, actually created a fully operational electric guitar with the help of his fellow inmates who smuggled in parts for him.

Ben started out with nothing but a broken guitar neck and decided to build an electric guitar just out of that one piece. He had an advantage in that he actually worked the front desk of the prison, so he received all of the mail that came into the prison.

This beautiful guitar has a Pennsylvanian walnut and oak body with white-painted binding and a brass truss rod cover with “LADY” stamped onto it, which is in reference to “Lucille” by B.B. King.

All the wiring in this guitar comes from ripped out headphone jacks. In order to decrease the amount of wiring needed, Ben put each knob as close together as possible. The only parts he actually couldn’t get his hands on [in prison] were humbucker pickups. So, Ben eventually settled for single-coil pickups and used black construction paper to fill the gaps.

This guitar was sold to a guitar shop called Guitars on George. When asked why he sold it he said, “My arthritis keeps me from playing music anymore. Besides, this wasn’t the first time I sold it. It was sold away several times in prison when I needed things.” He added, “Its worth increased to 20 packs of cigarettes”.

This is HANDS DOWN one of the most fascinating stories behind a guitar ever. Getting those parts for the guitar must have quite the chore. I’m not even sure how you would fit a guitar body in your back pocket, but Ben obviously pulled it off.

If you ask be, this guitar should be worth thousands of dollars. I mean the work that went into it is just astounding. If you had the money would you buy this beauty? Let us know in the comments!