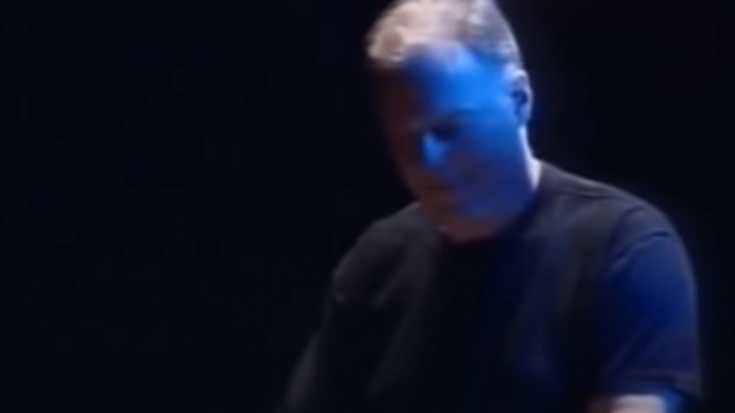 The song “The Great Gig in the Sky” appears as the album’s fifth track on Pink Floyd’s magnum opus The Dark Side of the Moon (1973). Keyboardist Richard Wright composed the tune, while Clare Torry provided the non-lexical vocals. Below, we’ll watch a surreal 1995 performance of the song inside Pink Floyd’s live album, Pulse.

The song’s chord sequence was arranged by Wright and was called either “The Mortality Sequence” or “The Religion Song.” Live performances in the first half of 1972 included a minimalist organ accompaniment overlaid with spoken-word samples from the Bible and excerpts from talks by Malcolm Muggeridge, a British author noted for his conservative religious beliefs. In September of 1972, a piano replaced the guitar as the primary instrument, and the arrangement was nearly identical to the final version except for the absence of vocals and a minor adjustment to the chord sequence in the middle. Many other sound effects, including recordings of NASA astronauts talking during space missions, were tried over the music, but none worked. After much deliberation, the band decided to have a female voice to “wail” over the song a few weeks before the album’s deadline, thus Torry’s vocals became a prominent feature of the track.

In addition, Torry didn’t frequently join the band when the latter performed this song, but back in 1987, the singer joined in with Roger Waters during his K.A.O.S. On the Road tour in support to his album of the same name.