We’re Mesmerized At How Chet Atkins Play “Mr. Sandman” In 1954 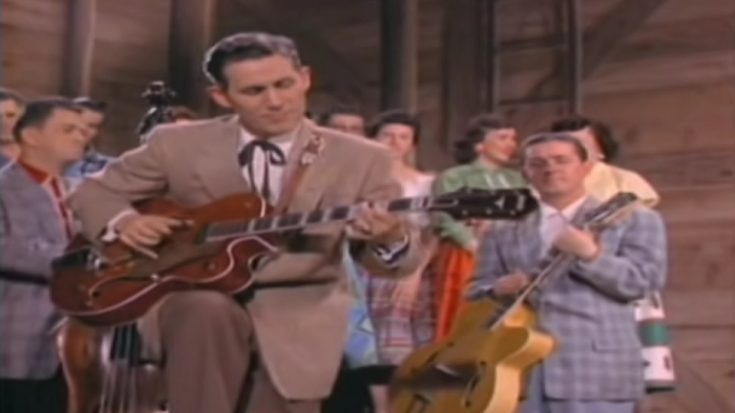 We knew Chet Atkins as a man who wore many hats in the music industry, but the one that we all want to see is his wizardry in guitar-playing. Check out this mesmerizing performance of his “Mr. Sandman” rendition in 1954.

There’s a reason why everyone calls him “Mr. Guitar” – his excellence in fingerpicking and electric guitar inspired countless musicians including George Harrison. As a pioneer of the Nashville sound, he expanded the country music genre with several hits, including “Mr. Sandman.”

The song, originally recorded by Vaughn Monroe, was covered multiple times by Atkins, The Chordettes, Bert Kaempfert, and Emmylou Harris. But what’s special with Atkins was the guitar delivery of his version that was nonetheless superior to any other versions.

The video below highlights such strength; Atkins performed in front of a live audience the melody of the ever-familiar tone, without the aid of vocal singing. To say that it’s amazing is a bit of an understatement. Atkins truly showed his superb talents here, and it’s hard not to be mesmerized by it!