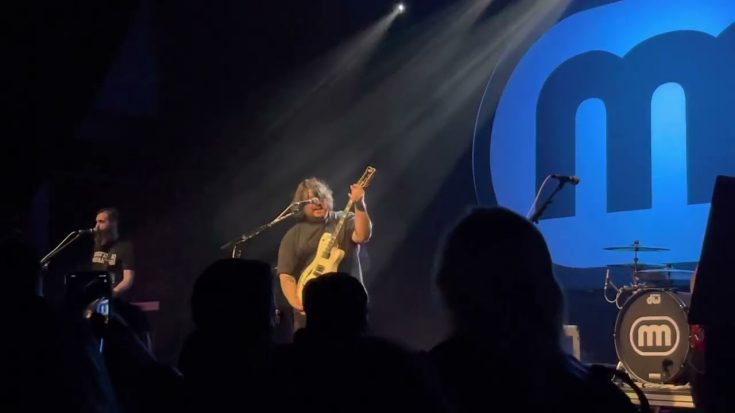 In their recent performance at the Salt Lake City, Mammoth WVH led by Wolfgang Van Halen covered “Them Bones,” Alice in Chains 1992 single. Video of them performing can be seen below.

Explaining the song that they’re about to play for the audience, Wolfgang said: “Ok, so we’re about to do something we’ve never done before. In the week we were rehearsing for this, we just did it for fun. But it was so fun that we’d find ourselves ending rehearsal with it every time. It’s a cover — and no, it’s not a Van Halen cover — but it’s a cover of a band that we fu****g like and we’re going to play if for you,” he added. At a signal, the band started like a blasting force.

Wolfgang provided the vocals like a true madman. But you may think that the performance had everything well on its end, but it wasn’t. roughly a minute later, Wolfgang struggled a little when his guitar strap malfunctioned, hesitating a little when it happened. But in a true Van Halen way, he managed to regain his composure and even nailed the song’s guitar solo.

“Them Bones” was written by Alice in Chains guitarist Jerry Cantrell and is included in their 1992 album Dirt. The song deals with mortality and life, according to the guitarist. In one of the liner notes from their 1999 Music Bank box set, Cantrell said: “I was just thinking about mortality, that one of these days we’ll end up a pile of bones. It’s a thought for every human being, whether you believe in an after-life or that when we die, that’s it.”

You can watch the performance of “Them Bones” by Mammoth WVH below.