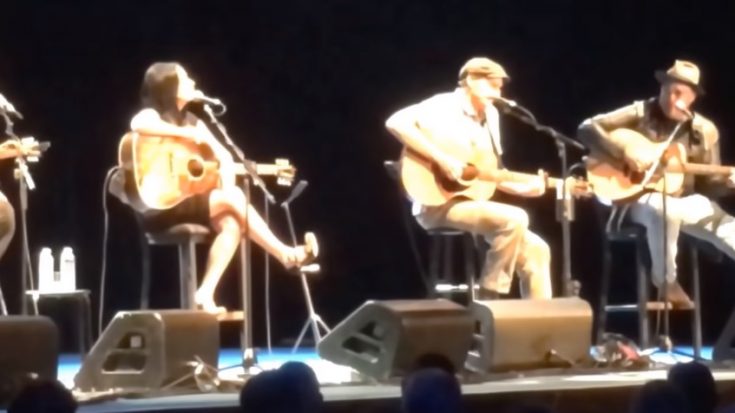 On September 27, 2016, James Taylor, along with other big names such as Vince Gill, Joe Walsh, Chris Stapleton, and Kacey Musgraves dished out a group rendition of Taylor’s 1977 song, “Bartender’s Blues”. This all-star cast of musicians benefitted the Country Music Hall Of Fame and Museum for the ninth annual installment for All for The Hall.

“Bartender’s Blues” was originally written to be a part of Taylor’s eight studio album, JT, as the B-side to “Handy Man”. Here, the singer-songwriter attempts to pen a country tune in an unorthodox approach – as it is standard for the customer character to narrate his story to the bartender, but in this song, it’s the other way around.

The song eventually became a breakout cut for singer George Jones, who used it as a title track to his 1978 Bartender’s Blues album. It became one of Jones’ best renditions to date, even performing better than Taylor’s original. Taylor provided background vocals for Jones in this endeavor.

Watch the impressive country harmonies of this live performance by clicking on the video below.