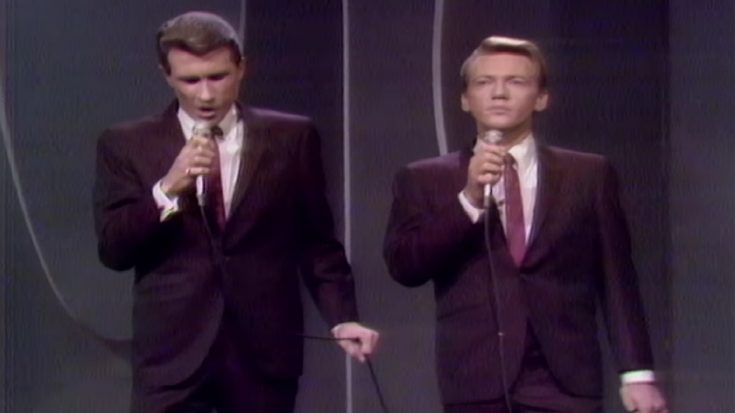 In the beginning, Bill Medley and Bobby Hatfield were a part of the group known as The Paramours. They split from the five-piece band to become a duo in 1962. Their name was formed when a fan at a gig when they were opening for the Paramours yelled, “That was righteous, brothers!” so it stuck to them.

By 1964, the Righteous Brothers were on top of their game, having released the single which skyrocketed them to fame, “You’ve Lost That Lovin’ Feelin’” which had a then-unknown Cher as a backing vocal. By 1965, their popularity grew bigger and enough to book them a gig at America’s biggest television variety show, The Ed Sullivan Show.

On November 7, 1965, The Righteous Brothers made their lone appearance on The Ed Sullivan Show. The opening number “Turn on Your Love Light” had Medley and Hatfield bouncing out on stage. In this energetic song, the two singers took turns displaying their impressive vocal prowess. They then sang a cover version of “You’ll Never Walk Alone,” which can be seen below. The two singers, who were both dressed alike that night, showed off their different vocal ranges throughout this performance.

The show tune “You’ll Never Walk Alone” was written by Rodgers and Hammerstein for their 1945 musical Carousel. Other known covers of the song came from Gerry and the Pacemakers, Elvis Presley, and Patti LaBelle & The Bluebells.