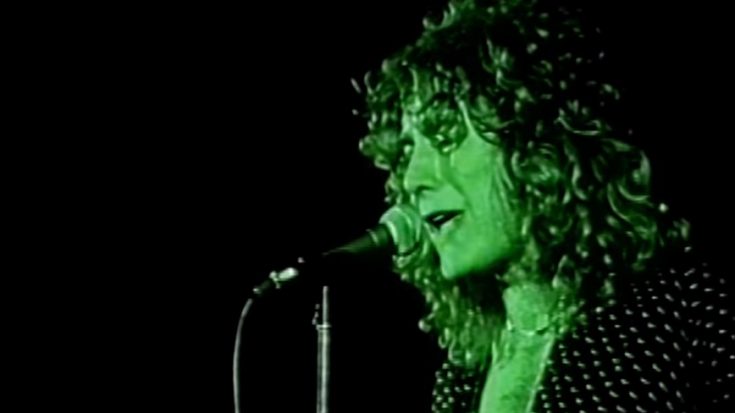 Led Zeppelin entered a hiatus following the death of Robert Plant’s son, Karac, in 1977, and was under the huge risk of disbandment. Luckily, the guys pushed through and made a comeback on August 4, 1979, in a performance at the Knebworth Festival in Hertfordshire.

The band was planning to release In Through Out The Door via a big event, as the band hasn’t performed in the UK for a long time since their last appearance at London’s Earls Court Arena in May of 1975, so Led Zeppelin was met with a huge demand for tickets – they even had to set a second date on August 11 to accommodate all of the fans.

“The Song Remains the Same” opened the 19-song main set, while their iconic “Stairway To Heaven” served as a closer. In Through Out The Door was also introduced to the crowd by way of two songs – “Hot Dog” and “In The Evening”, while the encore consisted of a triple attack of “Rock and Roll,” Whole Lotta Love,” and “Communication Breakdown”.

Still, it was apparent that the band wasn’t at peak form in the said shows, along with the recent rise of punk music in the industry. Even Plant himself wasn’t satisfied with his performance, saying “Knebworth was useless. It was no good because we weren’t ready to do it, the whole thing was a management decision. It felt like I was cheating myself, because I wasn’t as relaxed as I could have been. There was so much expectation there and the least we could have done was to have been confident enough to kill. We maimed the beast for life, but we didn’t kill it. It was good, but only because everybody made it good. There was that sense of event.”

John Bonham passed away a year later, which led to the band breaking up with finality. This made the two Knebworth dates the last played with Led Zeppelin’s original lineup on their native soil.