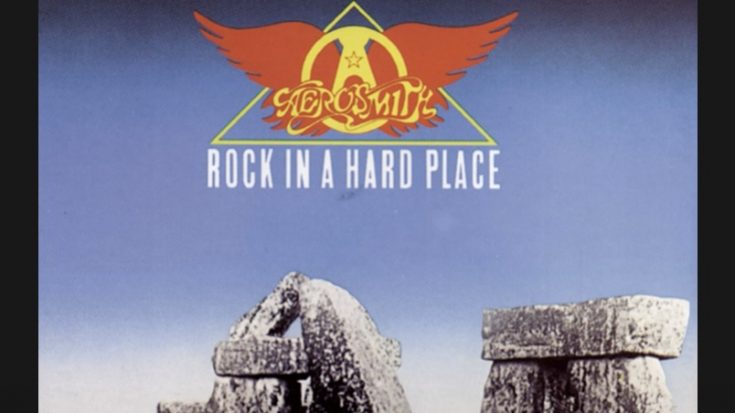 For those who were witness to Aerosmith’s domination in the ’70s, the band members’ chemistry with one another was undeniable. The Toxic Twins, Steven Tyler and Joe Perry, were the power duo that led the band’s onstage swagger without fail – although it’s fair to say that everyone in Aerosmith contributed to the gritty, no-nonsense brand of rock they offered. But things changed with the band’s seventh studio album, 1982’s Rock In A Hard Place, as it didn’t have Perry on the record at all, while Brad Whitford left after recording one track.

Perry left the band in the middle of recording 1979’s Night In The Ruts as he was disapproving of how the band was turning out to be, as everybody’s substance abuse issues had gotten to a point where they could no longer get anything done. Perry’s relationship with Tyler was particularly sour, which cemented his decision to walk out of the band. Whitford was frustrated with the state of affairs in Aerosmith as well, leaving due to his frustrations with the same issues, especially Tyler’s worsening heroin addiction.

They were both replaced by Jimmy Crespo and Rick Dufay to complete the record, which wasn’t a complete throwaway considering the creative substance in some of its songs. The lead single, “Lightning Strikes”, is notably impressive with its psychedelic intro that leads into a riff-driven rocker, reminiscent of Aerosmith’s earlier songs. They also remade Julie London’s “Cry Me A River,” turning it into an unapologetic blues cut that proved the band was still in the game – partly, anyways. There was also a unique number in “Joanie’s Butterfly,” with an acoustic psychedelic progression that has leanings into pop.

But other than that and a handful of tracks, Rock In a Hard Place was an anemic record that didn’t perform well in the charts, not to mention Aerosmith’s waning live career as they struggled to pack smaller venues when they were filling coliseums with ease a few years back. Perry, who was now exploring a solo career, didn’t succeed as much as he’d hoped, while the other members got into rehab to fix their stuff.

Eventually, Aerosmith reconciled and tried to inch their way back into the mainstream, which they achieved with the re-recording of “Walk This Way” with Run D.M.C. in 1986. Eventually, the tragedy that crippled them in Rock in A Hard Place became a major turning point and heralded their success with 1987’s Permanent Vacation.