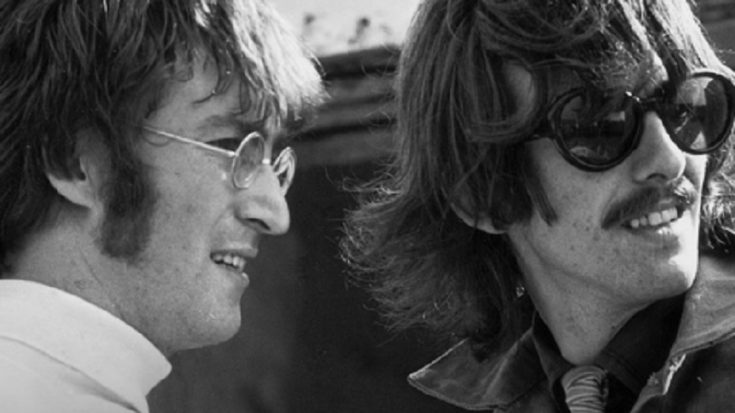 It’s always a pleasure to see The Beatles on American TV; from the moment they visited The Ed Sullivan Show until their frequent visits to any of them post-breakup. Among those that needed to be highlighted were George Harrison and John Lennon’s respective interviews from The Dick Cavett Show.

It was a roller-coaster ride for the band after they announced to the whole world that they will no longer be playing together as one. For most people, the result of the sudden announcement was caused by the meddling of Lennon’s wife, Yoko Ono, who became famous as the one who allegedly pushed Lennon out of the circle. All these issues were brought up in each of the members’ interviews, which can be seen below.

The video consists of the compilation vids of both Harrison and Lennon, as they discussed some of the best points from their visit to Cavett’s show. As they settled, Cavett discussed to them respectively the effect of Ono’s existence on the band, which had also given them a way to express the real reason why The Beatles broke up in the first place. Cavett even went far as to call Ono the “dragon lady,” who brought the Beatles apart. But Ono, who’s also present in the interview, being the muse of the most sought-after musician in that era has given her that controversial life.

But Lennon retorted, saying: “Can we please give her [Ono] the credit for all the nice music that George made, and Ringo [Starr] made, and Paul [McCartney] made, and I made since we broke up. She’s blessed; she did it.” Ono then began to explain that she never really saw Lennon inside the round bubble of Beatles fame; in fact, she saw her husband as a fellow artist just like her.

Transitioning to the video of Harrison, where he hilariously made everyone feel that he was pretty much uncomfortable in the interview. Harrison also revealed, pretty much just like Lennon, that long before Ono came into the picture, the band had problems all on their own. And for Harrison, the life that he lived as a member of the biggest band in the world seemed like a previous reincarnation of his.

If there’s one thought that the two had incidentally agreed upon, it was that they just didn’t want to see themselves playing the same tune over and over. And that they all agreed to try and do the things they wanted to do in the first place.

You can check out the video below.