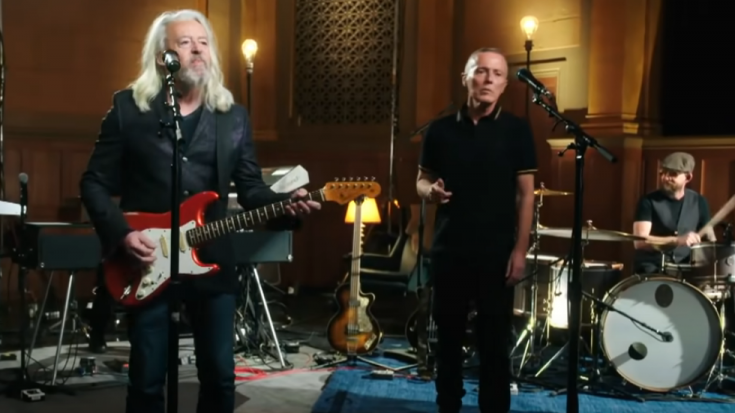 Everybody just wants to rule the world, so Tears For Fears made sure to perform their signature hit “Everybody Wants to Rule The World” on a recent visit from The Late Show with Stephen Colbert. Check out their awesome performance below!

Celebrating the release of the band’s first album in 17 years called The Tipping Point, Tears for Fears played 2 songs in the show; their new song “Break the Man” and the iconic 1985 hit. Watch how well they still got their energy and charisma while performing.

“Everybody Wants to Rule the World” is one of Tears for Fears politically-charged songs, where it details how the people longed for power and control, without thinking of those who are need to be helped. A third single from the band’s sophomore album Songs from the Big Chair, it garnered worldwide success, charting no. 1 in the US Billboard 100 as well as those of Canada and New Zealand. The song is also considered as one of their well-beloved tracks.

Its music video launched in MTV gave momentum for the band on attracting US viewers. It was also featured in movies and is frequently covered by dozens of artists. You can watch the band’s performance of the song below.