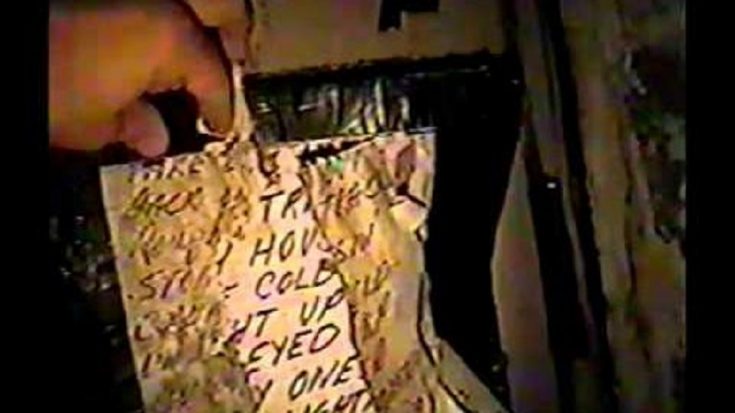 It always feels surreal for fans to visit something so importantly linked to their heroes’ lives. With that in mind, let’s take a look at this group of individuals as they explored the old studios that American rock band Lynyrd Skynyrd had used during the 70s. Talk about being lucky!

The rehearsal studios in question were located in Jacksonville, Florida. The first studio that had backstage passes on the backdoor was owned by the Lynyrd Skynyrd, while the other one next to it was for the .38 special, a rock group that was created by Ronnie Van Zant’s brother, Donnie.

The group was rummaging through the nitty-gritty inside the studio, including some of the drawings made by Dean Kilpatrick, the band’s assistant road manager. Like Ronnie Van Zant and Steve Gaines, Kilpatrick was also among the people who were killed in the plane crash that the group endured during the mid-70s. Each wall speaks of something of history from the band, which is among the greatest bands to ever exist in the name of music

The place may be a bit shabby for everyone to explore in, but nothing could compare with the amount of excitement that the people have felt upon entering this old yet magical place.