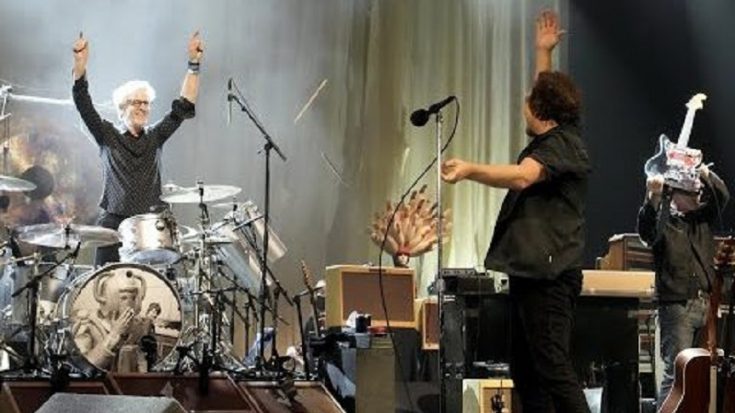 Police drummer Stewart Copeland joins Eddie Vedder on stage for a nostalgic performance of The Police’s “Message In A Bottle.” You can check out the phenomenal set below.

The two were also joined by The Earthlings, which was an all-star band put together by Vedder for his short US tour in support of his recently released album Earthling. The band comprises Andrew Watt, Josh Klinghoffer, Glen Hansard, Chris Chaney, and Chad Smith. Vedder would also recruit a few guest stars to perform in any setting.

Inside at the YouTube Theater in Inglewood, California, Copeland joined the stars for a fantastic run to one of Police’s well-beloved classics. Chad Smith, the drummer of The Red Hot Chili Peppers, opt not to play the drums for this night since Copeland wittingly deserves the attention. He then proceeded to wow the audience with his guitar skills.

Apart from The Police, Vedder and the Earthlings have also covered the likes of The Beatles, Jimi Hendrix, The Pretenders, and Prince in the entirety of their tour. Audiences were amazed by Vedder’s cover versions, as well as his original hits.