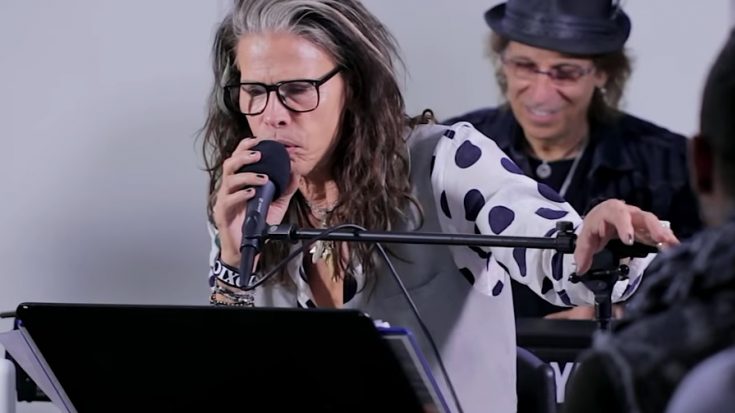 Steven Victor Tallarico, or more popularly known as Steven Tyler, is the one responsible for breathing human emotion into Aerosmith’s songs. His otherworldly vocal quality has been instrumental in bringing out the edge of the bad boys from Boston but also giving the songs a certain playfulness with them, reflecting Tyler’s onstage personality.

Tyler’s voice is rated as a tenor’s, which is the highest register a male singer can belt at. While most tenors range from C3 to C5, Aerosmith’s frontman can hit up to E6 with ease. This has been a thing of awe in concerts and studio recordings, especially with the song “Crazy” where Tyler just goes all out to hit that extremely high note without wavering.

Another known trait of the singer is his constant incorporation of screaming in his songs. Not the maddening kind, but the one that infuses energy to the listeners to let them join in the festivities. While Tyler has been under monitoring and treatment due to the excessive strain he puts on his vocal cords in every concert, but it’s a miracle how he can manage to belt songs and incorporate his signature screams in them at the same time.

With that, here are some of the best scream-singing moments of Aerosmith’s beloved frontman.