The Story Of How Joe Perry Met Steven Tyler 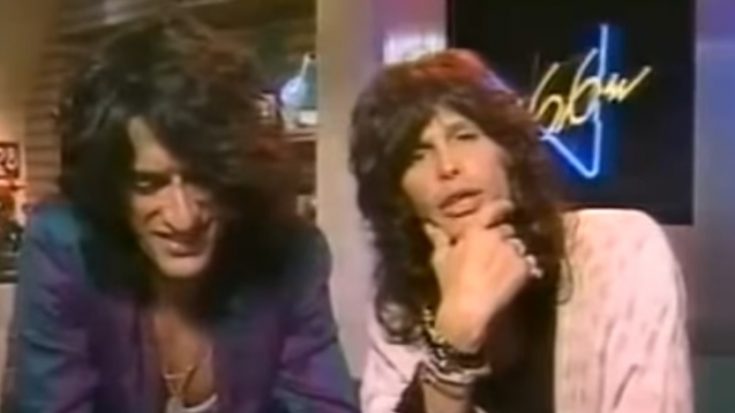 Aerosmith wouldn’t be the bad boys from Boston without the pioneering effort of frontman Steven Tyler and guitarist Joe Perry. The notorious Toxic Twins have a lot going for them, especially since they’ve known each other before even the band was born.

Joe Perry was working at a restaurant at a resort in Sunapee, New Hampshire, in 1970. He was doing waiting jobs and general cleaning duties and said that he enjoyed the view, especially with girls hanging around the area. Then one day, a group came wearing what would be the staple look of Aerosmith for the years to come. The group ate at the restaurant but was quite rowdy and obnoxious, jumping on tables, throwing stuff around, and making a mess for Perry to clean up. Later, he knew that the group was actually a local band with Steven Tallarico (Tyler’s real name) was leading.

One thing led to another, and the rest was history. Check out this cool animation video of Perry talking about his first time meeting Tyler.