Watch Rick Astley’s Cover Of “Everlong” By the Foo Fighters 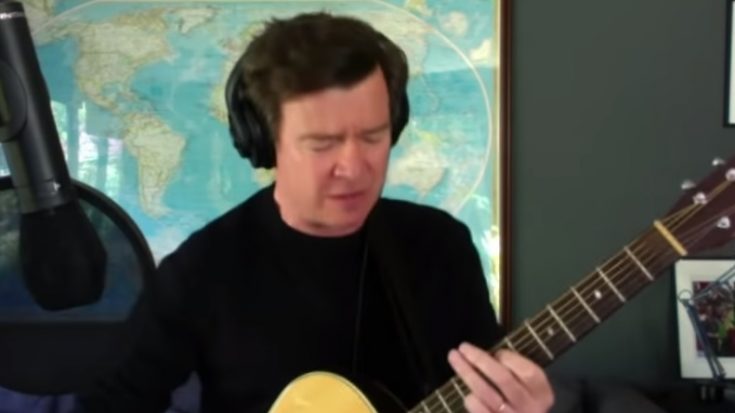 Rick Astley? More like Rock Astley. The pop icon has shown his appreciation for good rock music as he posted a cover of the Foo Fighters’ hit “Everlong” over the weekend. “Sometimes you just have to find the song that’s gonna lift your spirits and put you in another place, and I’ve been doing that a lot recently with music,” he said before the performance.

Best known for his 1987 hit “Never Gonna Give You Up”, which became a meme phenomenon in the 21st century as well, it’s kind of weird hearing Astley do rock music performances. But it’s no secret that the singer has been a longtime fan of the Foo Fighters, even becoming friends with frontman Dave Grohl after being invited to join the band during the 2018 Summer Sonic festival in Japan. The collaboration saw them perform Nirvana’s “Smells Like Teen Spirit” and Astley’s own “Never Gonna Give You Up”.

Astley also performed with the Foos at the band’s 2017 O2 Arena concert in London along with 2019’s Reading Festival. In turn, Grohl joined Astley in a surprise performance at Club NME last year.

In an interview with the Daily Star last October, Astley said that he would be willing to do a charity single with the band. “I would be well up for releasing it, maybe for charity one day. The amount of people who say we should but they have bigger fish to fry and also I like that it’s “a moment,” he shared.