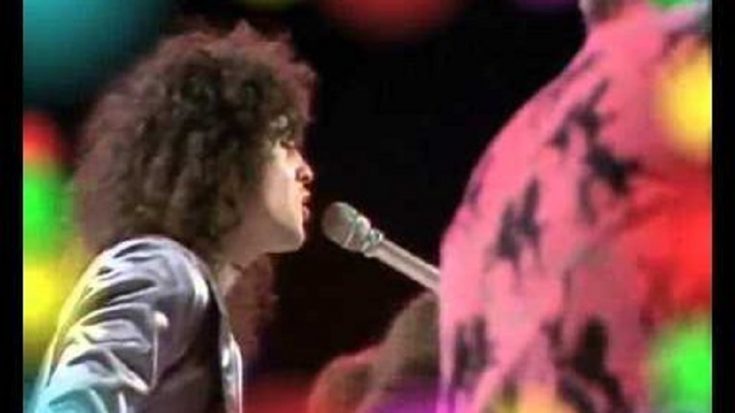 T. Rex painted the world with the musings of the glam rock genre, wherein, like David Bowie, harnessed the type of rock they’d like to do. It was a loss indeed when their lead singer who eventually became a successful solo artist, Marc Bolan, died in a tragic car accident.

Bolan’s musicianship skills started the “glam rock movement” in the UK. He was a gifted guitarist and a skillful songwriter for his then-band, T. Rex. And rose to fame when they began to switch their gears to electric rock, as blatantly observed in their first hit, “Ride A White Swan.”

Albeit released in 1970, it didn’t reach catapulting success until the start of the year 1971, when the world was gradually loving the electrifying and catchy song. Bolan then became a household name, and everyone is crazy for this star-on-the-rise fellow.

Below, we’ll take you on a visit to this rare video footage of Bolan and T. Rex performing their classic hit. The video was shot in Paris, France. Enjoy!