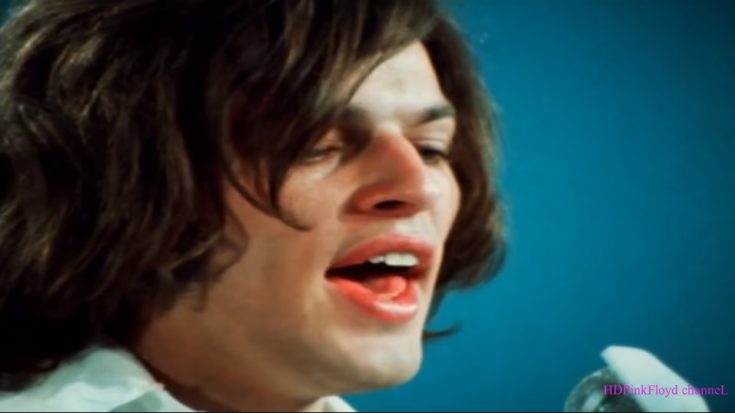 1968 was a dark part of Pink Floyd’s legacy. The creative mastermind behind it all, progenitor for their psychedelic sound, Syd Barrett, has been drowning in his drug abuse problem, and the personality dissonance that came with it. Although he wasn’t booted from the band until April of that year, the band started performing and recording new material without him since late of 1967, in order to keep the ball rolling. David Gilmour was hired to supplement whatever Barrett was doing lousily. In February of 1968, the band was tasked to perform at a French live music program Baton Rouge, with Barrett obviously missing. The band was hailed amongst the best British mod/psych bands which included The Small Faces, The Moody Blues, and the Yardbirds, where Jimmy Page, Eric Clapton and Jeff Beck started from.

The archived footage clearly tells the story of Pink Floyd finding their way through in the absence of Syd Barrett. There is clear tension looming over the band, seemingly finding their footing and jive in the presence of the newcomer David Gilmour, who’s also eager to earn his stripes. “It still sounds great, but the band are visibly uncomfortable. Roger Waters’ dark psychedelic gem ‘Set The Controls For the Heart Of The Sun’ sounds amazing, and ‘Let there Be [More] Light’ is an indication of Pink Floyd’s new, post-Syd direction.”

The two songs were teased by the band for their sophomore album, A Saucerful of Secrets, which was released later. In addition to the initial performance, the band also featured material from their first album, Piper At The Gates. “Astronomy Domine” was performed by Richard Wright here, and seemed consistent since he also provided the lead vocals for the album version. “Flaming” however, was performed by Gilmour, taking Barrett’s place and donning the psychedelic masterpiece Barrett was known for, an acid trip for the auditory senses.

Check out the video below!