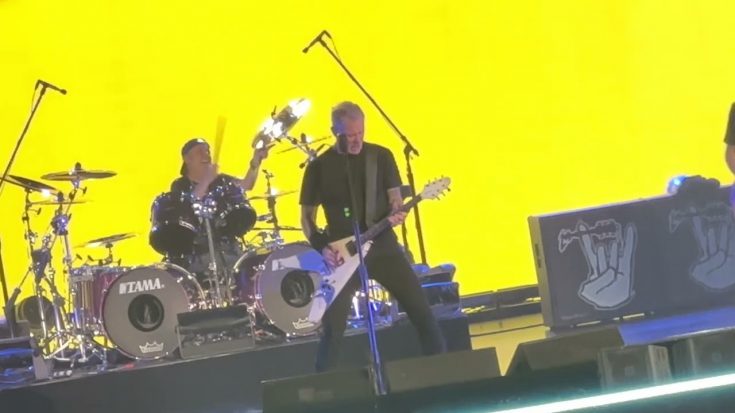 On December 16th, Metallica conducted its third annual All Within My Hands Foundation benefit performance and auction. The gig, which took place at Los Angeles’ Microsoft Theater, included the first live performance of “Lux Æterna,” the first song from the band’s next studio album 72 Seasons.

James Hetfield explained: “[We were] putting together . . . the beginnings of it on Zoom. Covid. It’s coming out pretty soon. We’re super excited for that, and we thought that this is such a special gig here that we’d play ‘Lux Æterna,’ which is the first single from it. We’ll play that for the first time here live. How about that?” The audience, which included people of all ages according to reports, went crazy, and rightly so because their performance was outstanding.

Metallica’s acoustic set had several notable moments, including the band’s first-ever live performances of covers of Thin Lizzy’s “Borderline” and UFO’s “It’s Killing Me.” In the second half, they brought in infrequent colleague Avi Vinocur to help them rock out to their acoustic version of “All Within My Hands.” In a similar vein, they included St. Vincent for “Nothing Else Matters.” Jimmy Kimmel (who hosted the show), Greta Van Fleet, Tony Hawk, and Robert Downy Jr. were also in attendance.

You can watch the fan-shot footage of the show below.