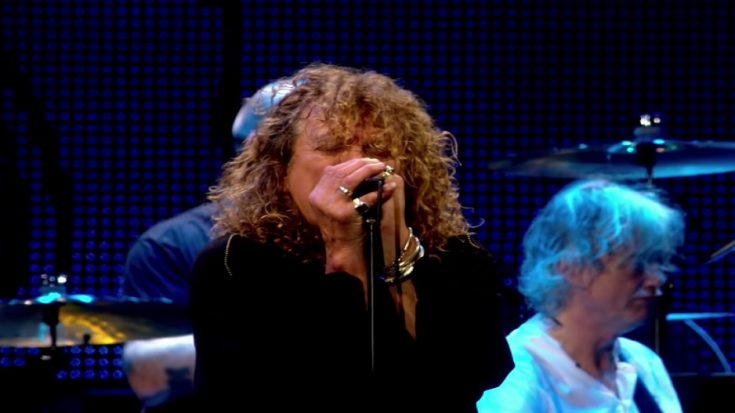 The year 1980 came as a shock to everyone when the renowned drummer John Bonham died tragically; prompting the legendary band Led Zeppelin to disband out of respect to their former drummer. The next few years without Bonham was a catastrophic set of events, from Live Aid to the Atlantic Records’ 40th anniversary. Even so, the group’s 2007 reunion dubbed as “celebration day” on the O2 arena in London happened with two things in mind: to honor their business associate and longtime friend Ahmet Ertegun, and to reclaim their throne once again onstage.

Perhaps the only drummer fit to fill the shoes of Bonham is another Bonham. John’s son, Jason Bonham, was tapped by the founding members to perform the 16-song set. Without a doubt, one of the highlights from the performance was the exotic “Kashmir”, a track from their Physical Graffiti album.

The whole stadium is awestruck with how great the band is after all these years. Reinvigorated with the rhythmic sense of this magical ride to the desert, Jimmy Page proved to everybody that he is the superior guitarist that we all know, John Paul Jones’s manipulative playing of the synths was criminally underrated, Jason Bonham’s playing did so much justice to his father, and Robert Plant’s god-tier vocals still sound the same: full of charm and mystique. This masterpiece of an act may as well take you anywhere, to the lands of Kashmir, or even back to the glory days of Led Zeppelin.