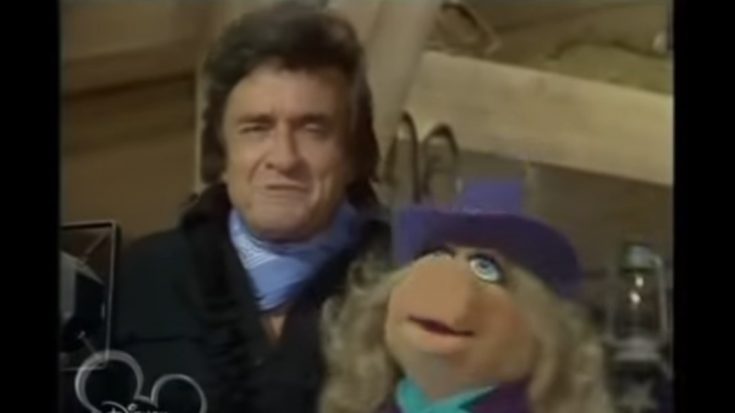 For over two decades, Johnny Cash has reaped the fruits of his diligence as a musician, sticking to his age-old practice of making noteworthy music without getting too absorbed in it all. This garnered the respect of fellow artists along with the average fan, as everyone knew Cash was the type of fellow you could crack a joke with no matter the situation.

The ’80s weren’t as kind to Cash as the previous decades, as he fell victim to prescription drug addiction that affected his career for some time until he picked himself up and bounced back from the predicament. The Baron was his comeback to the limelight, which amplified the reasoning behind his induction into the Country Music Hall of Fame.

One of the more positive events that Cash involved himself in was Valentine’s special of The Muppets Show, where he did several numbers that painted him in a refreshing light. Particular of this was his duet with Ms. Piggy on the song “Jackson” during the Orange Blossom Special medley, where Cash abandons his serious imagery for a lighthearted and goofy one.