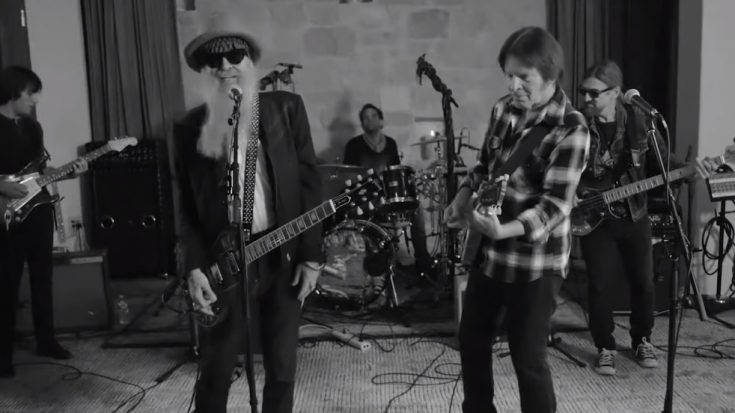 Roots and southern rock come together in this epic clip of Creedence Clearwater Revival’s John Fogerty and ZZ Top’s Billy Gibbons. These two bands have been giants in their respective genres, but share a common ancestry, making it no wonder how the two musicians hit it off from the get-go.

John Fogerty is the lyricist, vocalist, and lead guitarist of the 60s staple Creedence Clearwater Revival. Fogerty’s ability to conjure up imagery of his hometown territory, along with themes of social relevance and political commentary that made waves in the emerging counterculture of the era. ZZ Top, on the other hand, dabbled with the blues and country variants of the genre, with themes and lyrics often containing humor and carefree messages on their spread of material.

Fogerty even commented on the encounter, saying,  “ZZ Top is one of my favorite bands, and Billy F Gibbons is one of my all-time favorite guitarists. Riffs, blues and bayous… bucket list!” Watch the two trade off licks and riffs, along with their classic hits, by clicking on the video below!