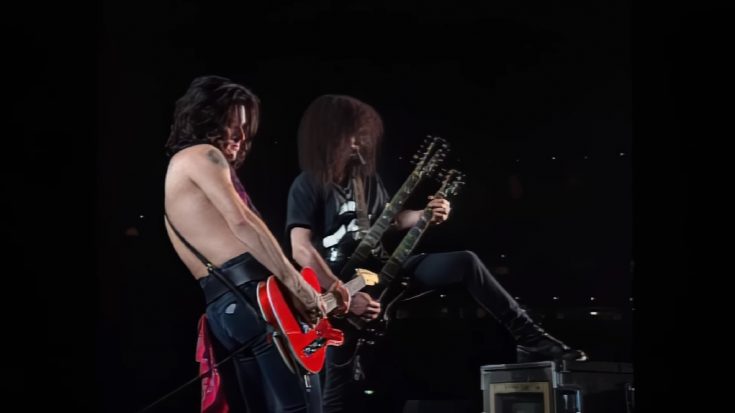 A 1992 live performance of “Double Talkin’ Jive,” which will be included in the Use Your Illusion I & II box set, is currently being streamed by Guns N’ Roses’ official YouTube Channel. You can listen to the band’s fantastic performance below.

On January 25, 1992, during a massive, multi-year world tour in promotion of both albums, which had been released simultaneously in September 1991, the group was recorded performing Use Your Illusion I live at The Thomas & Mack Center in Las Vegas, Nevada.

The 2022 project’s two albums, Super Deluxe Seven-CD + Blu-ray and Super Deluxe Twelve-LP + Blu-ray, will be released on November 11 with a combined 97 tracks (including 63 previously unheard audio and visual tracks) thanks to a thorough remastering process.

For Guns N’ Roses, the Use Your Illusion albums are a watershed moment in the band’s musical evolution. Use Your Illusion I showed a more varied sound for the band, including parts of blues, classical music, heavy metal, punk rock, and traditional rock and roll, but yet retaining the explosive hard-rock sound for which it had become renowned with 1987’s Appetite for Destruction.