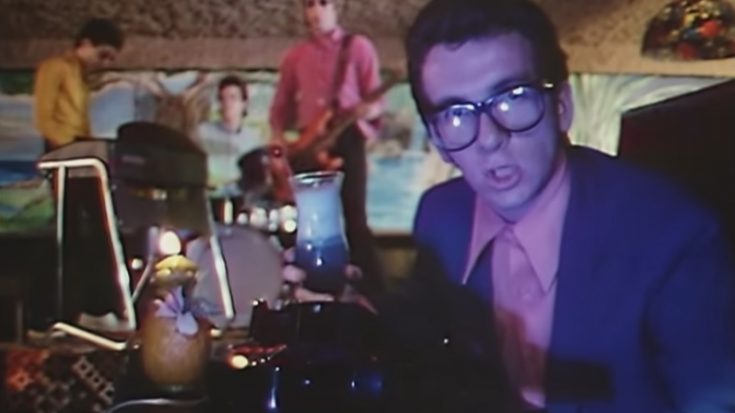 Elvis Costello was a rocker who started from the bottom and made his way to the ladder of success rung by rung. The man took several office jobs to fund his day to day living. Even the future lyric of “I’m Not Angry” would be inspired by the mundanity of his past commitments.

Costello soon founded several bands and became a local star at the London circuit. He finally had his big break when he was signed to Stiff Records in 1976. He was asked by the label manager to change his name, to which he complied with by adopting “Elvis”.

Going back two years from his commercial break, Costello was tasked to perform at a free event at the E1 Festival in Stepney, London. The 19-year-old musician was fronting his second band, Flip City, for what was to be their third official gig to date. Watch them perform songs like “Hog On You” and “This Old Heart of Mine” on the video below.