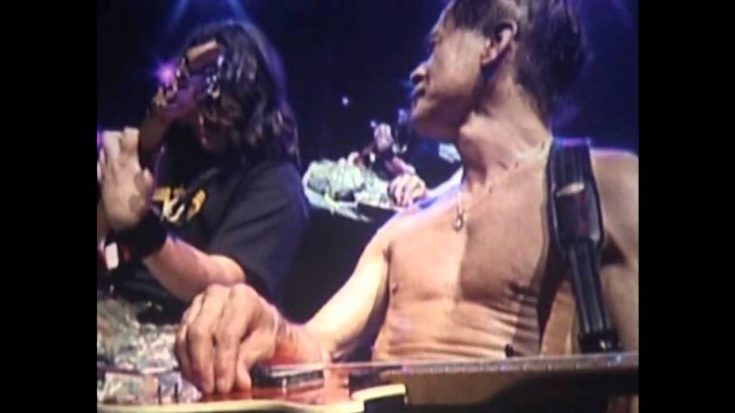 It’s a real father & son goal when it comes to Eddie and Wolfgang Van Halen’s love for anything music-related. For starters, Eddie made sure that his only child would bore the same interests as he did, but not too much that his son would loathe him.

Eddie and his then-wife, Valerie Bertinelli, welcomed Wolfgang into the world on March 16th, 1991. The guitarist, who was quite busy working on his new material for the new Van Halen album, had finished an instrumental with no title whatsoever. It was only after the birth of their new son did Eddie finally decided on its title that will remain a heartwarming tribute: “316,” Wolfgang’s birthday.

On various occasions, Eddie and his band would perform the track during world tours. But one performance of the song will remain historic and touching from any other performances: the tandem of father and son onstage who began to strum the rhythm of the familiar tune of “316.” The said highlight happened during Van Halen’s reunion tour back in 2004, which, from the eyes of spectators, wasn’t that much fun. But Eddie and Wolfie sure captured their hearts.

You can watch the Van Halens’ performance below.