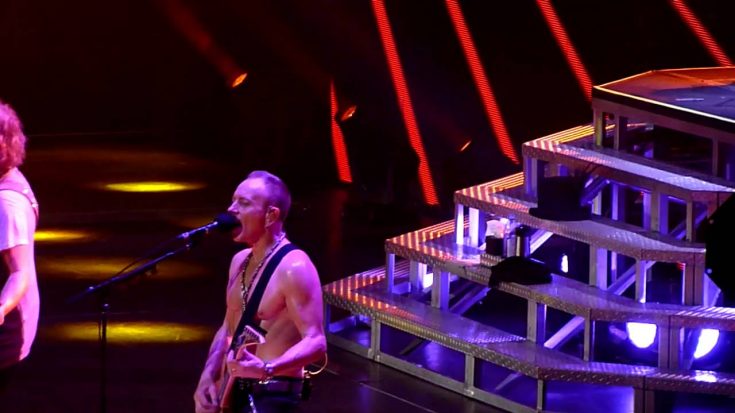 “Pour Some Sugar on Me” is easily considered to be Def Leppard’s signature song. It perhaps is one of the greatest songs to ever exist in the hair-metal genre that became popularized in the 80s.

For decades, people have danced to and argued about the meaning of Def Leppard’s “Pour Some Sugar On Me.” The song, which was included on the band’s album Hysteria and peaked at number two on the Billboard Hot 100, was a major factor in the album’s success and propelled it to the top of the charts in the United States.

These lyrics were apparently created with sex in mind. However, we can’t help but think that the song’s lyrics are meant to be read figuratively and that the line “pour some sugar on me” could only refer to the singer as having a good time.

The song is consistently performed during the band’s live performances, a bombastic tune that has come to represent the band itself. You can watch Def Leppard’s performance here at the BB&T Center in Fort Lauderdale back in 2016.