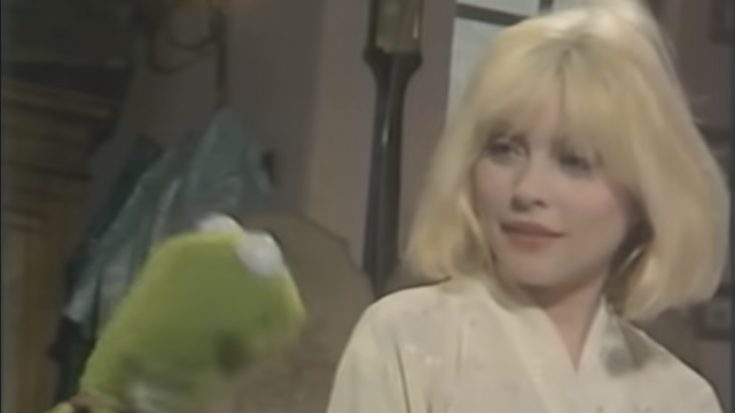 At the mention of Debbie Harry, one immediately gets flooded with images of a chic rocker who dominated the punk scene back in the early ’80s and then moving on to a more commercial soundscape after finding success in songs like “Heart of Glass” and “Call Me”. Harry is considered to be one of the top representatives of punk but was also a visionary who wasn’t afraid to innovate into new territory.

On the other side of the fence is one of pop culture’s most lovable and relatable figures, and he isn’t even human. Kermit the Frog is part of the Muppets universe, who was created and originally performed by Jim Henson in 1955 up until 1990. Kermit is essentially the central character that ties the Muppets together, possessing qualities of a leader along with an easygoing personality that balances it out pretty well.

These two prominent figures from either side of the pop culture spectrum converged in 1980 when Debbie Harry joined Kermit the Frog on the Muppet Show, reprising the classic song “Rainbow Connection”. It’s such pleasant sight to see and hear, knowing that the two titans of entertainment came together for a heartwarming duet that both kids and kids at heart would surely love.